“We urge the BLM to suspend this action until it has more seriously studied the ramifications of the merger, analyzed the impacts of previous office mergers by the BLM and other federal agencies, and engaged with state and local governments and other impacted stakeholders.” 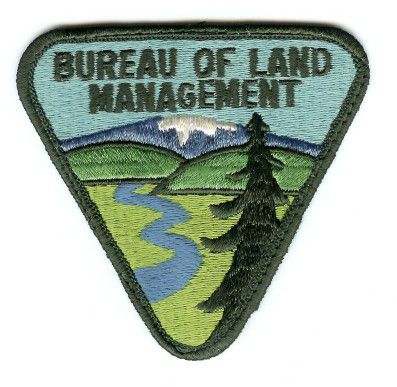 According to media reports, you are considering merging the New Mexico and Arizona Bureau of Land Management (BLM) state offices in an attempt to boost efficiencies and reduce operating costs.[1]  We are concerned, however, that the net benefits of closing the New Mexico state office and merging it with the neighboring Arizona office do not outweigh the costs of such an action.  As you know, each state has a unique cultural, political, tribal, social, and economic identity, and BLM’s management responsibilities vary substantially among the states.  Merging these offices under one regional director would significantly reduce BLM’s ability “to sustain the health, diversity, and productivity of the public lands for the use and enjoyment of present and future generations.”[2] As such, we urge the BLM to suspend this action until it has more seriously studied the ramifications of the merger, analyzed the impacts of previous office mergers by the BLM and other federal agencies, and engaged with state and local governments and other impacted stakeholders.

The Arizona and New Mexico BLM offices face uniquely different management challenges that may be exacerbated by a merger.  New Mexico is a significant revenue source for the federal and state government, with over $1.2 billion in royalty payments in FY2014.[3]  While Arizona’s royalty revenue was only $67 million in FY2014, the management of BLM lands within that state bears directly on Arizona’s specific recreational, agricultural, and mining economies.[4]

Such a merger may also create difficulties in dealing with elected state officials.  Coordination with these officials is critical in addressing public land issues and is essential to carrying out the BLM’s mission.  BLM state directors wield a tremendous amount of decision-making authority, regulating the public’s access to hundreds of millions of acres of federal land in the West.  It is therefore imperative that BLM state directors maintain a continuous presence in states they oversee.

Although we support efficient government and the best possible use of taxpayer dollars, it is unclear to us how the merger of these two state offices into one larger consolidated office would lead to cost savings.  We believe there are more effective ways to reduce the BLM’s costs than to simply merge two diverse state offices.  For example, the BLM requested a budget increase of $11,181,000 for the National Landscape Conservation System “to support critical resource protection and maintenance work on National Conservation Lands.”[5]  This request will support 20 new employees and include an additional transfer of at least $5,009,000 from other BLM programs.[6]  As you are aware, the National Landscape Conservation System came under fire in 2008 when it was passed into law for its duplicative nature and BLM’s potential Hatch Act violations for coordination with environmental groups.[7]  Reducing duplication and focusing BLM resources on specific, local projects is a better way to manage resources than of a vast multi-state office. For these reasons, we urge the BLM to suspend any decision to consolidate the Arizona and New Mexico state offices. Combining these state offices constitutes a major action that should be properly analyzed and vetted with state and local governments, as well as other stakeholders that will be impacted by the decision.

In order to better understand the impact of merging the New Mexico and Arizona BLM offices, and related decision-making process, please provide the following documents and information:

The Committee on Oversight and Government Reform is the principal oversight committee of the House of Representatives and has broad authority to investigate “any matter” at “” under House Rule X.  An attachment to this letter provides additional information about responding to the Committee’s request.

Please contact Bill McGrath of the Committee staff at (202) 225-5074 with any questions about this request.  Thank you for your prompt attention to this matter.

[4] U.S. Dept. of Interior, Bureau of Land Management, Reported Revenues All Land Categories in Arizona for FY2014, available at http://statistics.onrr.gov/ReportTool.aspx (last visited May 6, 2015).