The Animal and Plant Health Inspection Service (APHIS) and United States Department of Agriculture’s (USDA) recently proposed the importation of Argentine lemons, an effort Arizona Farm Bureau and Arizona’s citrus industry opposes because of the increased risk of pests and diseases from that region and the resulting economic harm to U.S. lemon growers and local economies that depend on them.

As a result, Arizona Farm Bureau recently filed a comment with APHIS and the USDA to keep Argentina lemons from entering our country. 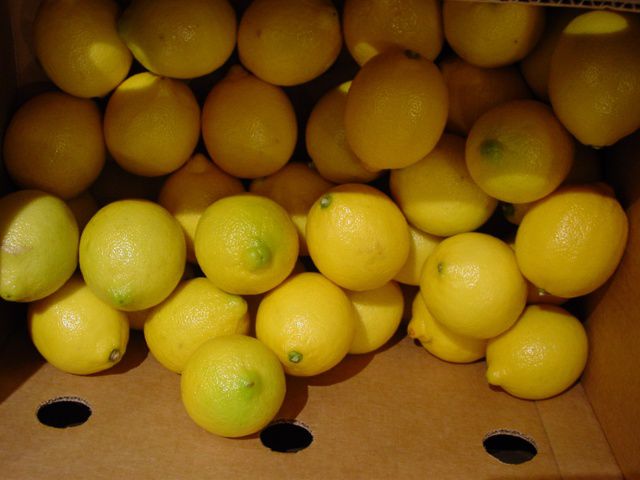 A robust domestic lemon industry is an important economic component for the communities where lemons are grown. In Yuma County, production includes not only the growers and packing houses, but a whole host of local ancillary businesses from citrus stock nurseries to equipment and chemical companies.

The domestic production of U.S. lemons occurs primarily in California and Arizona. As noted in the proposed rule itself, California makes up 92% of the value of production and Arizona 8 % respectively. A robust domestic lemon industry is an important economic component for the communities where lemons are grown. In Yuma County, production includes not only the growers and packing houses, but a whole host of local ancillary businesses from citrus stock nurseries to equipment and chemical companies.

Representing farmers and ranchers from all across the state, including citrus producers, Arizona Farm Bureau highlighted how important the citrus industry is to our state. Citrus has played a prominent role in Arizona as one of the 5 “C’s” on which the state’s economy was originally built. The citrus industry, which, includes lemons, still contributes more than $63 million to the state, according to the USDA. Today the primary commercial citrus growing areas are located in Yuma and Maricopa Counties with the majority of production taking place in Yuma County.

The APHIS rule itself notes nine pests of quarantine significance present in Argentina that could follow the pathway for lemons from northwest Argentina to the continental U.S. APHIS prepared a pest risk assessment (PRA) that “derives plant pest risk potential for pest by estimating the likelihood of introduction of each pest into the continental U.S. through the importation of lemons from northwest Argentina.” Of the nine identified four are considered high risk and the remaining five are classified as medium risk.

The B. Baker, also known as the Chilean false red mite, is only found in South America and Cryptoblabes , the honeydew moth, is currently not reported in the U.S. The honeydew moth is considered a highly adaptable insect, and excellent traveler on imported fruit and has been intercepted at U.S. ports of entry over 450 times. Except for Brevipalpus (citrus flat mite), Brevipalpus (scarlet tea mite), and australis (sweet orange scab), the remaining pests and diseases are not present in Arizona.

Although the proposed rules lay out a number of requirements to be taken at the place of production, packing , and port of entry, the opportunity for pests and disease to enter the U.S. and harm domestic citrus production is very real. Once any one of the pests not already in the U.S. arrives, there is no turning back. The process of monitoring the movement of the pests, implementing treatment methods, potential quarantines all begins with Arizona lemon growers and all while increasing the costs of production.

Arizona Farm Bureau and the state’s citrus industry also has concerns regarding the economic analysis conducted by APHIS, which shows the welfare gains for consumers would outweigh producers’ losses by $2 million to $3 million. Although there is a welfare gain, it is relatively small. Additionally, the analysis concludes producers’ losses would range from $18 million to $24 million. Conversely, a reported Arizona State University study commissioned by the U.S. lemon industry indicates much higher losses ranging from $183 million to $261 million.

Producer losses under the APHIS economic analysis not seem to include all the negative impacts associated with the importation of Argentine lemons. One not considered in the analysis is the termination of jobs in the lemon industry. Growers, packing houses, and other ancillary businesses alike would cut back on the number of employees as the domestic market share of lemons dwindles. Yuma County already has one of the highest unemployment rates in the country at 24.3% and this proposal would only serve to make this number worse.

Another area of concern regarding the economic analysis is whether the costs of APHIS’s work with the national plant protection organization of Argentina and onsite monitoring were included. These costs are not trivial and would ultimately be borne by the U.S. taxpayer. The available supporting documents do not indicate whether these costs were considered in the economic analysis and reflected in the net benefits. The economic analysis also does not quantify the risk of pest and disease entering the U.S. with Argentine lemons. U.S. producers would undoubtedly face a number of increased costs for pest abatement and/or treatment, quarantine regulations and restrictions, loss of productivity, etc.

“Furthermore, the importation of Argentine citrus also impedes the expansion of domestic lemon production,” explains Yuma County Farm Bureau President Mark Loghry, co-owner of Sunset Nursery, Inc., a 4th generation, family-owned wholesale citrus nursery. “A local citrus stock nursery has already had contracts for lemon trees by growers as they wait to see whether or not this proposal moves forward. This is also an example of a local small business entity that would be negatively impacted should Argentine lemons be allowed into the U.S.”

The proposal indicates Argentine lemons would be exported to the U.S. from April through August to reduce the risk of Medfly infestation and is a “period that coincides roughly with the months in which U.S. lemon exports are declining and imports are increasing.” In Argentine lemons imported during this time will compete directly with the domestic market and at a time when both Arizona and California lemon harvest occurs. Arizona lemon harvest takes place from July through March and California harvest occurs from March through January. Inundating the U.S. with imported lemons at this time will drive down prices and jeopardize the viability of the U.S. lemon growers and the industry, especially in Yuma County.

“The U.S. citrus industry is already dealing with the crop destroying citrus greening disease carried by Asian citrus psyllid,” said Arizona Farm Bureau President Kevin Rogers. “This is not the time to introduce the potential risk of new pests and diseases. The economic analysis of the proposal fails to account for all the costs that would be incurred to consumers and local economies where lemons are grown. The timing of the imports coincides with both Arizona and California harvest times and would depress lemon prices which would not be easily absorbed by lemon growers and put some out of business. For these reasons we do not support the proposal to import lemons from Argentina and urge APHIS to withdraw the rule.”