Keeping Our Eyes on the Future; Our Hearts in the Fight

Over 50,000 vehicles of all types and 175,000 British, American, Canadian, Free French, Polish and Norwegian soldiers came together as the Allied Expeditionary Force (AEF) to invade the beaches of Normandy in the summer of 1944. It took two years of planning and millions of people to carry out an attack that lasted only 24 hours and changed the future of the world: The beginning of the end of Hitler’s terror over Europe. Winston Churchill described Operation Overlord, also known as D-Day, as “The most difficult and complicated operation ever to take place.” The Supreme Commander of the AEF and chief architect of the invasion was a farm boy from Kansas – Dwight D. Eisenhower.

My daughter and I were fortunate enough to travel to the U.K. and France for the 75 th anniversary of D-Day, retracing the journey of many of those soldiers. We stood at the barbed-wire ledges of Ponte Du Hoc, walked on Utah Beach and sat silently at Omaha Beach while Taps played for the thousands of American soldiers who lay at rest in the American Cemetery. There were plenty of reflective moments to think about the American Spirit and our resolve.

Hannah's steps on the Normandy Beach sands will wash away, hopefully, our memories of that important day in history will not.

Volumes are written about Operation Overlord and what made it a success, but a few particulars stand out to me: passion for the cause, teamwork, optimism and focus on the long view. Despite President Roosevelt’s own reluctance, General Eisenhower was seen by his peers as well suited to command this effort because of his commitment to teamwork and ability to bring people together. He believed that optimism was infectious and without it, “victory is scarcely obtainable.” Unlike General Rommel, the Commander of Hitler’s forces in France, Eisenhower believed deeply in the cause he was fighting for while Rommel approached his fight with professional competence. There was no passion for Rommel in fighting an enemy he had no reason to hate and actually looked upon with respect. Eisenhower not only encapsulated the American Spirit with his optimism for victory and passion for freedom, but he considered himself a builder, not a destroyer. That was his long-term goal. In contrast, The Axis Powers during WWII were focused on destroying what others had built and suppressing innovation. 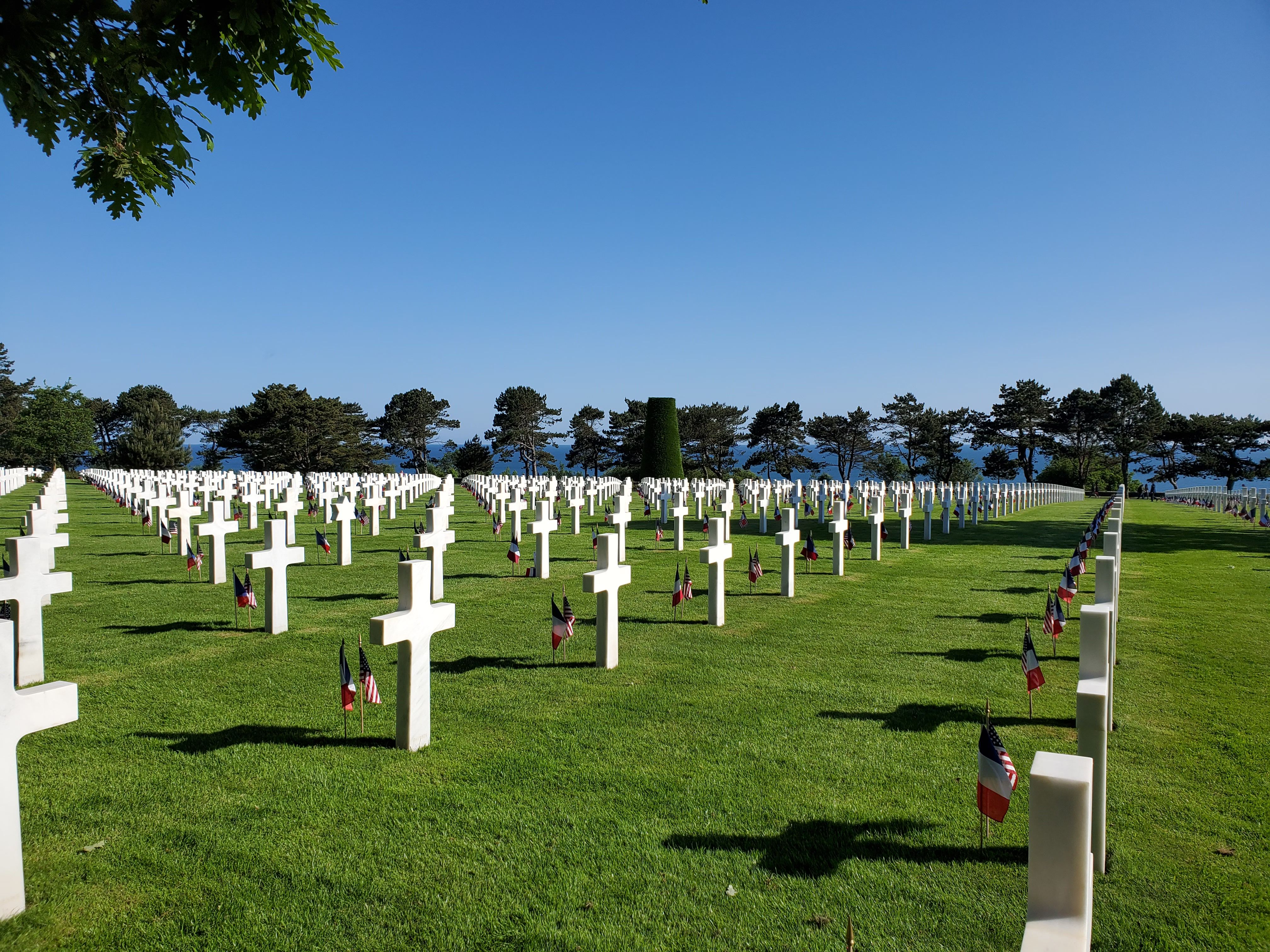 America has become the leader of the free world as the builder of freedom, invention, infrastructure, and prosperity; its farmers and ranchers have become the world’s leader in technology, efficiencies, and conservation as we grow and cultivate. There will always be those whose goals are to tear down and destroy what we have built and set back the advancements we have made as an industry. Adversity and challenges are inherent in the pursuit to provide food and fiber amidst so many factors out of our control. What we can do is remain optimistic, address our challenges with a team mentality, and translate our passion into action to advance our industry. So many of those who challenge our way of doing business and way of life have never hated us but respect us. They aren’t fully aware of the care we take in farming and raising livestock and are overwhelmed with propaganda.

The “Farmer of the Future” will create the future that they ultimately want by looking long into the horizon and building their business through investment and innovation. It’s hard to imagine this today through the lens of tariffs, trade wars, adverse weather conditions, labor shortages, and agenda-driven politics. American agriculture has seen much greater challenges than we see today and yet we are much stronger today than we were when those challenges seemed insurmountable.

Of course, General Eisenhower became President Eisenhower and went on to build the St. Lawrence Seaway and the Interstate Highway System, becoming one of the great builders in American history despite the destruction he witnessed in WWII. He also famously said, “Farming looks mighty easy when your plow is a pencil and you’re a thousand miles from the cornfield.”  Let’s keep our eyes to the future, our hearts in the fight, and remember we are stronger when we work together to advocate to lawmakers, communicate to our consumers and educate our detractors.