Key Herbicide’s use in Arizona Agriculture Has Proven Track Record

Arizona is home to a unique agricultural industry. Our temperate climate and unparalleled stewardship of water and other natural resources allows us to grow a variety of crops year-round. Arizona Farm Bureau recently provided context to the Environmental Protection Agency’s (EPA) Preliminary Ecological Risk Assessment for how the herbicide, benfluralin, is used in two of our state’s most valuable crops: lettuce and alfalfa

Arizona plants between 75,000 and 80,000 acres of lettuce every year. Known as the “winter lettuce capital of the world,” the Yuma Valley in southwest Arizona produces 90% of the leafy vegetables consumed in America between November and March. According to the 2016 report “The Contribution of Arizona’s Vegetable and Melon Industry Cluster to the State Economy” by the University of Arizona College of Agriculture and Life Sciences Department of Agricultural and Resource Economics, between 2010 and 2014, average cash receipts for Arizona lettuce crops exceeded $550 million per year. Lettuce sales consistently account for over 60% of cash receipts from Arizona produce crops, making these crops key drivers of Arizona’s multi-billion-dollar agricultural industry, according to the same report. Benfluralin (commercial name Balan) is one of three major pre-emergent herbicides used in lettuce, primarily to control grasses. In comparison to other widely-used herbicides, benfluralin has limited application in lettuce crops. For example, as a pre-emergent, Balan’s label instructions restrict its use to once per growing season (or once per year). And, in comparison to other common products, the spectrum of weeds controlled by the product is more limited. As a result, producers often apply Balan in conjunction with other herbicides, such as Kerb or Prefar.

However, despite its limited spectrum of use, benfluralin has proven to be an important and widely used tool for Arizona’s multi-million-dollar lettuce industry. Over the past eight years, Arizona lettuce producers have used benfluralin on an average of 21% of the lettuce planted in the state. In 2015, producers used benfluralin on 21,377 acres, more than 27% of the total lettuce acres planted in that year, according to Al Fournier and Peter Ellsworth in reviewing the Arizona Pest Management Center Pesticide Use Database, the University of Arizona Cooperative Extension. 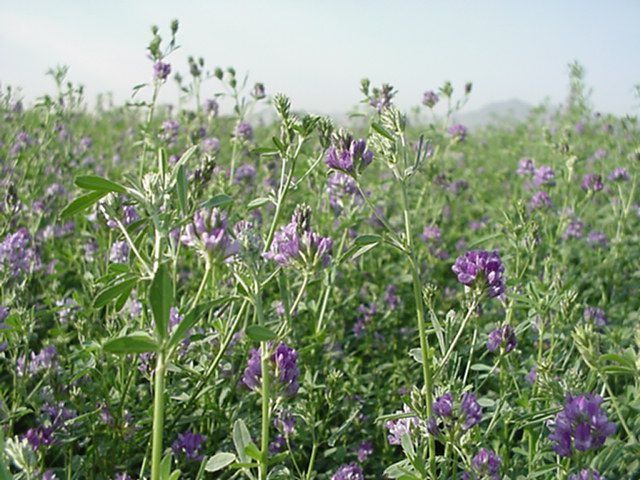 Although Arizona alfalfa farmers use the product to a lesser extent than lettuce producers, they rely on benfluralin as well. Benfluralin is applied as a pre-emergent herbicide prior to replant of alfalfa crops and is used at most once per year, in accordance with label instructions. It is one of only two pre-emergent herbicides used at replant of alfalfa crops, making it a valuable tool in an alfalfa producer’s pest control regimen. And like lettuce, alfalfa is an important commodity to the economic success of Arizona agriculture Throughout central and southern Arizona, alfalfa growers produce some of the nation’s highest-quality, pest-free alfalfa. Arizona growers can expect 8 to 10 cuttings of alfalfa each year (more than twice the average in the Midwest), which allows them to ship Arizona hay across the state, nation, and world. Thanks to this extensive market, the value of Arizona alfalfa production in 2016 exceeded $388 million.

The preliminary ecological risk assessment concluded that benfluralin is potentially dangerous to mammals and birds. It is important to note, however, that each of the high risk quotients noted in the study (as high as 6.64 for bird and 4.56 for mammals) reflected the result of chronic exposure to benfluralin (F. Farruggia, C. Rossmeisl. 2017. Preliminary Ecological Risk Assessment for Benfluralin. United States Environmental Protection Agency). Acute and sub-acute exposures, on the other hand, posed extremely low rates of toxicity and risk.

“Benfluralin use in Arizona is limited to once-per-season applications at the beginning of a planting season,” explained Arizona Farm Bureau President Kevin Rogers who farms alfalfa with his family in Maricopa County. “This makes potential for chronic exposure to birds or mammals minimal at best, because the herbicide is not applied on a continuous or frequent basis.”

Benfluralin has a history of safe and effective use. The risk assessment indicates that since it was first registered, only six major incidents involving benfluralin have been reported. Three of those six were the result of misuse of the product (one an intentional misuse), and two were attributed to a pesticide used in conjunction with benfluralin, rather than to benfluralin itself.

“Given the importance of benfluralin to vital sectors of Arizona agriculture, limiting the potential applications of this herbicide may prove extremely problematic for the lettuce and alfalfa industries,” added Rogers. “Arizona Farm Bureau urges EPA to interpret the results of the preliminary ecological risk assessment in light of the entire circumstances, including the product’s many benefits.”