By Chelsea McGuire, Arizona Farm Bureau Government Relations Director: On May 4, Congress passed an omnibus spending bill to keep the government funded through the end of the fiscal year. With increases in defense funding and money for research and education, many lauded the bill as a bipartisan success story that included a little something for everyone. But in the agricultural industry, we’re a lot more concerned with what the bill didn’t include: a safety net for the Cotton or Dairy industries. 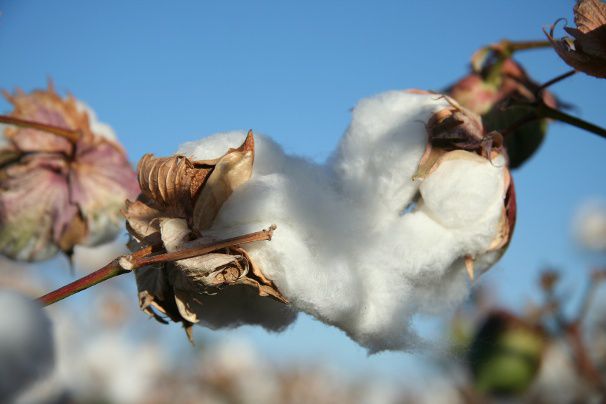 The spending bill instructs Agriculture Secretary Sonny Purdue to look for ways the USDA can use already existing authorization and money to assist the cotton industry.

Over the last three years, the Cotton industry has struggled with a market unable to support the costs of production. For almost as long, stakeholders have been working to develop cottonseed policy to help keep the industry afloat. By including such policy in the spending bill, the industry would avoid having to find a way to fit cottonseed support into the farm bill’s limited box of funding. This would have benefitted not only the cotton but all agricultural sectors by helping simplify farm bill negotiations. And, according to the National Cotton Council, the cottonseed proposal was vetted and accepted by a bipartisan Congressional coalition, was budget neutral, and had broad support across the cotton industry. So it’s easy to see why we were optimistic that the measure would make its way into the spending bill and provide cotton producers with much-needed financial relief.

But as negotiations over the spending bill gained momentum, Senators Patrick Leahy of Vermont and Debbie Stabenow of Michigan decided that they would make their support for adding cottonseed policy into the spending bill conditional upon the inclusion of additional price supports for the dairy industry. While that might sound like a good thing (we welcome better support for our dairymen), this spending bill was the wrong venue for this fight. Unlike the cotton industry, the dairy industry had not yet developed a well-vetted or widely-accepted proposal for relief – not ideal, given the short timeframe of the spending bill negotiations. And, there was no logical or economic reason to link cottonseed and dairy in the spending bill. So why were Leahy and Stabenow so determined to include both? One word: leverage.

The lack of either a cottonseed or dairy program in the spending bill gives Leahy and Stabenow firepower and bargaining chips to use in the upcoming farm bill debates. Rather than provide the industry with the protection it needs, these two chose to play politics with the needs of our agricultural producers. And in doing so, they’ve put the entire food and fiber safety net at risk.

Even so, I’m not yet ready to declare that all hope is lost. First, there may be available administrative relief coming to the cotton industry from the Department of Agriculture. The spending bill instructs Agriculture Secretary Sonny Purdue to look for ways the USDA can use already existing authorization and money to assist the cotton industry. This is the same process of administrative review that led to the Cotton Ginning Cost Share Program, implemented under former secretary Vilsack. (I’d expect Purdue to be even more open to finding helpful administrative solutions, given that he’s from one of our nation’s top cotton-producing states.) For the dairy industry, the spending bill includes language supporting efforts to recognize livestock products, including milk, as commodities separate and distinct from actual livestock. Such a distinction will be crucial to developing that protects our dairy producers.

So while it’s discouraging when lawmakers play politics with your livelihood, and particularly disheartening when that political posturing pits one agriculture sector against another, now isn’t the time to give up the fight or to point fingers. Instead, it’s time for the industry to be more united than ever as we fight to pass a farm bill that works – for all of agriculture.