By Julie Murphree and Ana Kennedy, Arizona Farm Bureau: The Arizona Game and Fish Department will be conducting a public meeting to gather comment regarding a proposal to release Mexican wolves into Arizona on the Apache National Forest in 2015.

The meeting is scheduled for Friday, March 13 beginning at at Alpine Community Center in Alpine, Arizona. 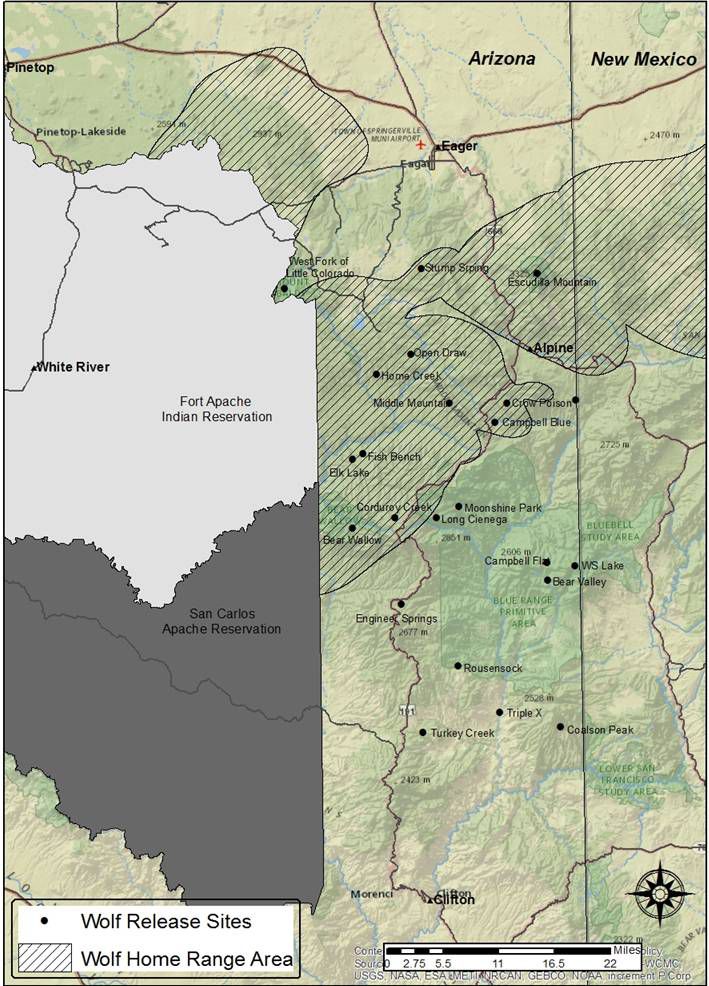 Arizona Farm Bureau has long opposed the reintroduction of Mexican wolves into Arizona and is deeply concerned with the Service and its efforts to recover the Mexican wolf through up-listing as an endangered subspecies and expanding recovery efforts in the Southwest.

First quoted in Arizona Agriculture’s February 2015 issue, Arizona Farm Bureau First Vice President Stefanie Smallhouse said, “The FWS [U.S. Fish and Wildlife Service] has nearly laid the full weight of recovery for an international species on the ranchers, sportsmen and wildlife agencies of Arizona and NM without justification. It’s those on the ground managing the land and the wildlife with the most intimate knowledge of the resources and again we have been ignored. This decision comes with no forward planning, within a fragmented landscape, little funding for implementation, and an already less than adequate depredation recovery program. This will not be the first time the FWS has lit a match and then walked away. We certainly appreciate the actions of the State of Arizona, specifically Arizona Game and Fish, on this issue. They are standing up for local planning and control and we support their efforts.”

Since late last year, the U.S. Fish and Wildlife Service has been busy releasing final documents and decisions regarding the Mexican wolf including a final Environmental Impact Study (EIS), a final revised rule and a final rule listing the Mexican wolf as an endangered subspecies under the Endangered Species Act.

The EIS considered four alternatives with the Service choosing Alternative One. Alternative One expands the area that wolves can disperse and includes all of the south of Interstate 40 to the Mexican border in Arizona and New Mexico. It designates three management zones within the expanded area with a management approach in Arizona west of Highway 87 for a period of up to 12 years. The plan also expands the current population limit from 100 to a population objective between 300 and 325 wolves. The revised rule essentially includes all the components of Alternative One in the EIS. The listing revision will allow the experimental population to be associated with the Mexican wolf subspecies’ listing rather than with the gray wolf species.

Arizona Farm Bureau will continue to keep you informed on the latest details regarding this issue.