By Julie Murphree, Arizona Farm Bureau Communication Director and Lauren Scott, Arizona Farm Bureau Intern: Begun in 2004, Alcantara Vineyards and Winery is nestled right at the confluence of the Verde River and Oak Creek. A blend of three different parcels located in Yavapai County, and founder Barbara Predmore worked with the local community to bring vineyards to northern Arizona. Partnering with other pioneers of Northern Arizona Wines, such as Eric Glomski, Rod and Maynard James Keenan, Predmore helped drive the effort that put northern Arizona winemaking on the map.

This family-owned, local winery on 87 acres (35 of that in wine grapes) is a testament to passion and determination and a love of the land. “The rock limestone soil and sunny climate in the Verde very similar to the wine-making regions of France and Italy and after two years of experimentation the results are everything we hoped for then some,” said Predmore.

Bureau member and newly elected vice president of Yavapai County Farm Bureau, Predmore is also a member of Arizona Wine Growers Association. She thinks of herself first as a farmer and then as a winemaker. 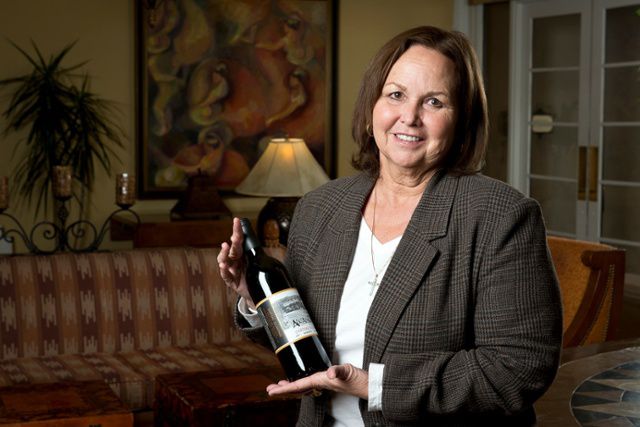 Owner and founder of Alcantara Vineyards and Winery, Barbara Predmore has a passion for community, small business and making good wine. She sees herself first and foremost as a farmer.

Barbara’s husband, Bob, is also a founding partner of Alcantara Vineyard and Winery and supports Barbara and son, Brian, in business oversight and project planning for strategic operations of the business. In advanced technology design and construction for over 40 years with his other business PPM Consulting, Bob’s passion for good wine and the concept of to wine in a sustainable business supporting the Verde Valley growth makes him a strong advisor and advocate for Alcantara.

An interview with Barbara Predmore of Cottonwood, Arizona.

Tell us about your operation: Well, we started in 2004 with the purchase of the land, which is 87 acres. It used to be part of the National Forest. I had been searching for property for about three years prior to that, and I wanted to get into what I call the “wine culture.” It’s more than just growing the grapes and making the wine, it has to do with your overall senses. I wanted to be a grape farmer! So typically when you are looking at acreage in the area we are in, the land is very expensive. When you’re looking at farming, especially if it is a permanent crop, you have to look at when it will start in production and things like that. So to grow grapes, to make a profit it takes about 80 acres. Figuring that there is three-ton-plus going into the acreage. To have a winery you need about 150 tons of grapes. So we have 87 acres, of that, 35 acres are what we can farm on. If you do the math, the return on investment is usually eight to 10 years. So when I looked at the property we are on now, with only 87 acres, agro-tourism became part of the mix.

Beyond the business model, for it’s about the senses. It’s about the whole experience. This is what I wanted to do. I started when I was 55, doing this, and there was nothing there. But, I could picture everything. So before I even finished buying the land, I had it zoned so that I could do agro-tourism. I grew up overseas, and I learned from being in Europe that it’s all about the experience. Bringing in agro-tourism allowed us to be more profitable on the 87 acres.

Our family started grape farming in Paso Robles, California. That was in 1974 and they were the seventh vineyard and winery there. They went into agro-tourism, too. So, to it was a natural fit

What is your educational background? I really have no educational background in farming at all. A lot of my background has to do with where I grew up, and I grew up overseas. I went over to Saudi Arabia when I was one-and-a-half. My dad worked for Aramco, Saudi Arabian Oil Company. Aramco is a Saudi Arabian national petroleum and natural gas company based in Dhahran. So I grew up there, but I went to school in the United States; it was a Catholic girl’s school. Then I graduated from a school in England.

I actually met my husband in school. We are high school sweethearts.

What are your community activities? I’m on the Farm Bureau board as vice president for Yavapai County. In the past, I was the Arizona Wine Growers Association vice president for the northern region. I am also a volunteer at the hospital. We get involved with the senior centers, not only up there but down here. We have a place where they can take people on an outing even if they don’t drink wine. We get involved with anything that has to do with the positivity of who people are. We helped start Walking on Main. We also helped start the Sedona Winefest.

Will anyone in your family – younger generation – pursue farming, ranching, or agriculture? Yes, my son, Brian. In fact, when I started this, it was to leave something to the family; to create a legacy that’s based on family, farming, community, and how we can inspire. Brian has helped me since the beginning.

His career before was in architecture, and he eventually moved up here and he is taking over. My other son is in the medical field right now.

From their Website: “Brian Predmore is currently the Chief Operations Officer for Alcantara Vineyards and Winery. He has been a major part of Alcantara since it was incorporated as Alcantara LLC back in 2002. His background of 15 years in Architecture has helped in planning, designing and projecting the future of Alcantara in the growing wine industry in Northern Arizona. He worked well with the other vineyards and and wants the wine industry in Arizona to succeed for everyone involved. He has recently moved up to Cottonwood, Arizona from Phoenix to be closer to Alcantara Vineyards, and the growing viticultural area of the Verde Valley. He wants all the Vineyard pioneers to show the rest of the world that the Verde Valley can be the next Paso Robles, Temecula or Napa Valley. 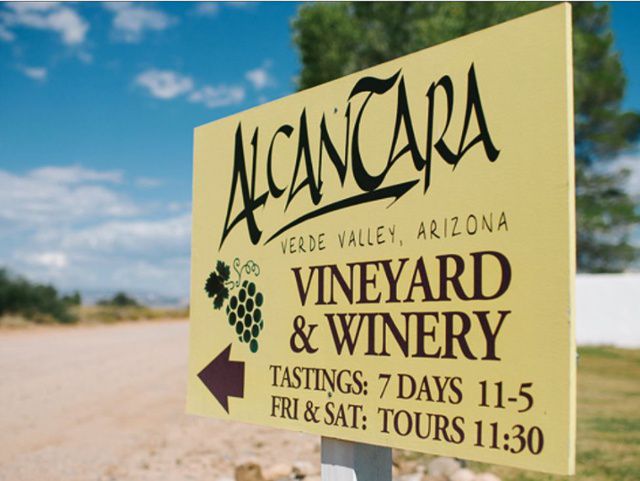 What do you enjoy doing, or what is one fact or achievement that nobody knows about you? Something that really inspires me is people. I love people, and I love helping people. When I was seven, I with my brother, who was nine, all the way from Los Angeles to Saudi Arabia; and we did it without parents or anything. I love , and I love different cultures. I really like making a difference.

Why are you a Farm Bureau member? When I came to Arizona, I started my own travel agency. After doing that for a while I started looking for land. My John Deere representative told me, “You need to come in and be part of the Farm Bureau.” That was back in 2006, so I’ve been with the Farm Bureau for 10 years now. I felt like I’d found my home. All those values I’d found throughout the world were all here at Farm Bureau. Farm Bureau has me being the Don Quixote of the Verde Valley, but my little donkey is a John Deere and sometimes we catch windmills. 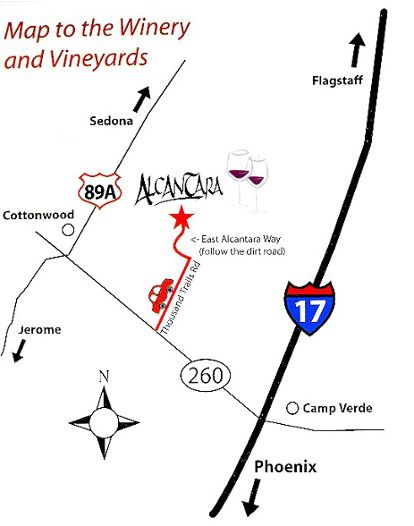 How will the next generation of agriculturalists have to operate? I basically think that grape growing goes back to staying boutique, and not becoming that big.

Also, share your dreams and let people know that they too can be part of agriculture.

What is the best business advice you have ever received and/or given? What business advice would you give to someone going into your field of agriculture? The best advice I ever got was to plant Charbonneau grapes. It retails for typically $75 a bottle.

My best advice for others is, if you have a dream and want to follow it, there are so many people out there to help you. Farmers love helping others. Don’t give up on your dreams. Your dreams are the best part of you. Live out your dreams, because your mind is telling you what you’re good at; and to be able to share that with others is a fulfillment of who you are.