More than half (59 percent) of the 2,276 U.S. adults interviewed online last month by Harris Interactive agree that labeling food or other products as organic is just an excuse to charge more. 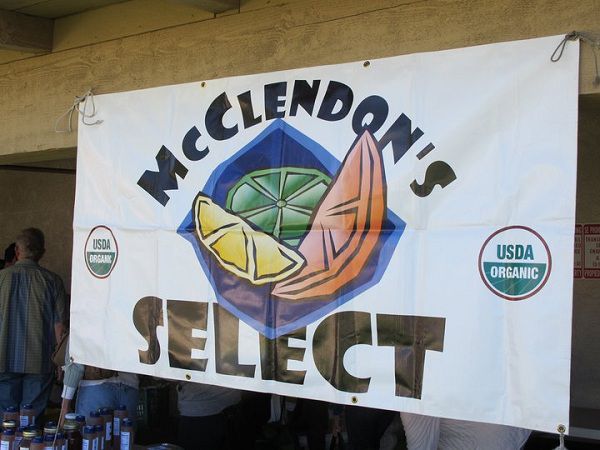 The Harris Poll was conducted online within the United States between March 13 and 18, 2013 among 2,276 adults (aged 18 and over) with figures for age, sex, race/ethnicity, education, region and household income weighted where necessary to bring them into line with proportions in the population. However, the survey does not indicate where the 2,200 adults are from in the United States.

To Robert and Marsha McClendon of McClendon’s SELECT, one of Arizona’s certified organic farmers and Farm Bureau members, this is a key question coming out of the recent poll. “I question the population surveyed,” says Bob, “especially if the majority of the participants came from the Midwest and not the East and West coast, where for example, Californians don’t question the cost of organics because they see the value and understand the costs to the organic business.”

While acknowledging his higher-end customer base, Bob went on to explain that his customers are willing to pay more because they understand that it costs more to produce organically. “Our efficiency and productivity is not as high as in conventional farming and a lot of what we do is done by hand,” he explains. “Also, the products we use to control pests must be organically-approved compounds that are not as effective as conventional so our losses are higher due to insects.”

Pointing to Whole Foods Market’s booming business, Bob also notes the value proposition the customers of organic are willing to invest in. “We see at Whole Foods where their customer base is willing to pay a lot more for their products and business is not slowing one bit."

It’s not slowing for McClendon’s SELECT either. They contracted last fall with the Cancer Treatment Centers of America in Goodyear to grow organic vegetables on 25 acres for its cancer patients and staff members.

The treatment center, which sits in the middle of 200 acres of farmland, leases 25 acres to McClendon who had his first crop during this winter season. The hospital is free to harvest for its needs. McClendon’s SELECT is growing lettuce, carrots, beets, onions, squash, tomatoes, broccoli and much more. What the hospital does not use, McClendon will sell via the Farmers’ Markets he serves and to his list of top chefs.

In a way, the whole community is served. McClendon says it’s the only cancer facility in the nation taking a good-food-is-good-medicine approach.

Committing to this partnership with the Cancer Treatment Centers of America has made McClendon’s SELECT grow 10 fold. But as their blog notes, this expanded business adventure was not easy. As with all agriculture, our farmers and ranchers pour their heart and soul into everything they do.

McClendon's SELECT is also on Fill Your Plate.

Arizona farming is representative of a diverse group of small, medium and large family farms, both organic and conventional. Our farmers and ranchers grow for the markets they serve.