Mark Freeman comes from a long-time, Arizona farm family and recently retired from the Mesa Fire Dept. where, among many accomplishments, he was their public information officer. He was Arizona State Firefighter of the Year in 1994. 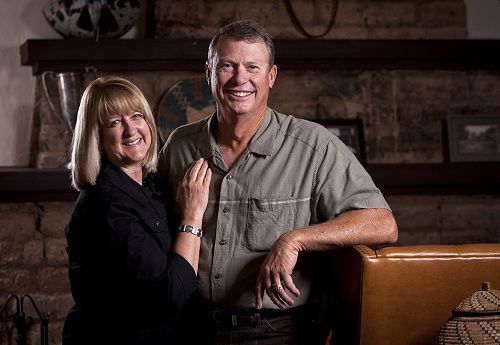 One of our “retail,” direct-market farmers, Freeman has operated The Corn Patch, growing and selling sweet corn and other vegetables at Brown and Center in Mesa for many years. He’ll be open for the season this year in just a few weeks.

Freeman shared several great points about agriculture, along with Dairyman Boyle and another retail farmer Evans, in Maricopa County at the Farm-City Partnership Breakfast April 2nd. The Farm-City breakfast was hosted by Harper’s Nursery in Mesa, Arizona.

For nearly 25 years, Maricopa County has hosted the Farm-City breakfasts. These breakfasts are designed to invite community leaders from the political, educational and civic arena to connect with Maricopa County’s farmers and ranchers.

While many would contend we have too many meetings, everyone looks forward to this spring series of Farm-City breakfasts. It’s a chance to understand this state’s agriculture and connect with those committed to bettering our state and certainly our .