By Julie Murphree, Arizona Farm Bureau: Arizona agriculture’s Yuma County brings in some of our biggest crop and livestock cash receipts for Arizona, typically ranking in the top three. Going back and forth, in 2009 Yuma beat Maricopa County with more than $881 million in agriculture cash receipts. The previous year cash receipts were $1.08 billion. Agriculture is so critical to Yuma it contributes 40% to this southern Arizona county’s economic base. 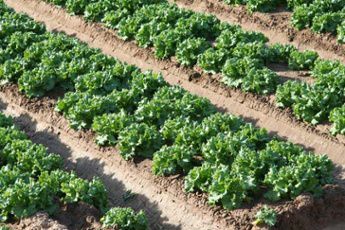 Although agriculture is a major part of the county’s economy, farm numbers and land in farms in Yuma have decreased between 2002 and 2007, according to the 2007 Census of Agriculture (the next Ag Census numbers will release in 2014). The number of farms decreased 15% while land in farms and total cropland both decreased 9%. In 2007, Yuma County had 452 farms, nearly 210,500 acres of land in farms and more than 193,000 cropland acres.

With rich soil, abundant water and more than 350 days of sunshine a year, Yuma enjoys the continent's longest growing season and is:

This modest community in southern Arizona becomes widely known as the nation’s winter salad bowl in the winter. That means that 90% of the nation’s vegetables for salads are grown right in Yuma during the winter months.

Looking at Yuma nationally, it’s generally ranked in the top 20 U.S. counties in terms of gross agricultural income. Important winter vegetable crops include lettuce, salad greens, cauliflower, broccoli, celery, carrots, and melons in the spring. Field crops include cotton, alfalfa, Bermuda, wheat and other grains. Much of Arizona’s citrus is produced in Yuma County, some 13,300 acres.

If you really want to understand the Yuma Arizona agriculture story, you need to check out Arizona Farm Bureau’s new video, “The Adventures of Veggie Man.” This video highlights our agriculture in this desert state in general but features much of Yuma’s vegetable production while telling a fun story with the help of Veggie Man.