The ABCs of Proposition 123

By Joe Sigg, Arizona Farm Bureau Government Relations Director: Wondering what the ABCs of Arizona Education Finance Amendment, Proposition 123 might be since it’s on the ballot for the Special Election May 17th? Since this issue was referred to the May 17th ballot by the legislature in October of last year, the Arizona Farm Bureau Board of Directors examined the issue and has elected to support the proposition.

In summary, the measure, if passed, would allocate $3.5 billion for education funding. About $1.4 billion would come from general fund money and $2 billion would come from increasing annual distributions of the state trust land permanent funds to education. It would raise the distributions from 2.5% of the average value of the funds to 6.9% for the next 10 fiscal years. 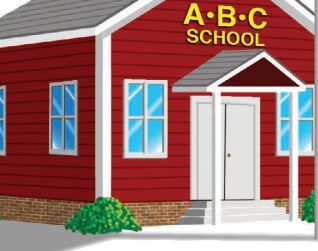 The ABCS of the Proposition

As strong advocates of quality education that should at times include agriculture in the classroom and recognizing the challenges of educational funding, the Arizona Farm Bureau Board of Directors recommends a “yes” vote on Proposition 123. Additionally and as importantly, since this proposition deals with the State Trust Fund, Farm Bureau members need to be assured that the proposition deals with safeguarding the trust.

First, distributions from the State Trust Fund shall not impair the current baseline value of the trust. Enhanced distribution formulas should have limited time periods.

As stated earlier, the measure would allocate $3.5 billion for education funding. $1.4 billion would come from the general fund and the balance ($2 + billion) would come from increasing annual distributions, in fiscal years 2016 through 2025 from the state trust fund rises from 2.5% to 6.9% of the value of the trust fund. Please note, because of an earlier change to the Enabling Acts and the Constitution, distributions are based on the value of the fund – not earnings.

At present, the fund is approximately $5 billion and consists of land sales, lease income and earnings from market investments.

For the past 20 years the trust has earned roughly 6.5% annually.

There is a trigger to protect declining trust values in a downside market: If the value of the fund falls below the average monthly value for the preceding five years, the distribution for that year would be decreased. Please note, in this event there is no obligation for the legislature to backfill the amount decreased from any other source of public monies.

This is a compromise and it would settle a five-year lawsuit that claims the legislature ignored an earlier ballot proposition requiring automatic inflation adjustments in state aid to education base levels. This lawsuit began after 2007.

Distributions would be to schools based upon enrollment and there is no requirement to use the funding for any specific purpose. However, given the teacher retention crisis in the state, the presumption is most boards would use the increased funding for teacher salaries, a prediction recently reported by The Arizona Republic.

Under this plan, about $300 per student is added per year bringing totals per student to about $3,600 annually.

Of course, whether the fund actually grows for the next ten years will depend upon land sales. Arizona is fortunate to have in excess of 9 million acres of state trust land.

Editor's Note: This article first appeared in the April 2016 issue of Arizona Agriculture.