Why Grady Gammage, Jr. is Bullish about Arizona Agriculture

By Julie Murphree, Arizona Farm Bureau: Everyone has opinions about Arizona agriculture and the state of Arizona in general. In the October issue of Arizona Agriculture, Arizona Farm Bureau will have an in-depth interview with Grady Gammage, Jr. In the meantime, we asked him what his take is on the future of this state (and yes, he has ties to the famous Grady Gammage Memorial Auditorium in Tempe, named for his father who served as ASU’s president from 1933 to 1959). 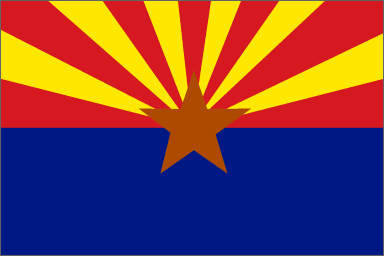 Grady Gammage, Jr. is a academic, a practicing lawyer, an author, a sometime real estate developer and a former elected official.  He thinks life is more interesting if you do lots of different things.

In his academic role, Mr. Gammage is a Senior Fellow at ASU’s Morrison Institute.  His work there focuses on urban growth and development, quality of life, and local economic issues.  He also teaches at the Sandra Day O’Connor College of Law and at the Herberger Institute of Design and the Arts.

As a lawyer, he has represented real estate projects ranging from master planned communities to sprawling subdivisions to buildings and intense urban redevelopment.

He served on the Central Arizona Project Board of Directors for 12 and was President during a period of turbulence when the CAP was suing the Federal Government over the cost of the canal.

As a real estate developer, he built an intense, urban project in the City of Tempe which won three architectural awards and has been widely acclaimed.

Mr. Gammage is the author of the book “Phoenix in Perspective” and numerous articles on land use and growth issues.  His most recent publication “Watering the Sun Corridor” was issued by the Morrison Institute in August of 2011.

Arizona Farm Bureau asked him, “What really excites you about this state’s future?”

I think Arizona is remarkably well positioned to deal with challenges like climate change. The perception that Arizona is one of the most places because of climate change is completely wrong. We are better able to cope than almost anyplace else because the delta of change that is likely to happen here is something we can handle. It will get hotter but it’s already hot. We can deal with a little bit more.

I believe there are several challenges to modern life that Arizona better handles. Our infrastructure systems are relatively new. When you read these dire predictions about how many bridges are near collapse in the United States and how many dams have to be completely rebuilt Arizona is not on that list because our stuff is new and was better built to start with. Just dealing with drought, for example, we have built the world’s most resilient and comprehensive water management systems that exist anywhere. So we are able, for example, to routinely store four to five years worth of water supply for the Sun Corridor. The metropolitan Atlanta area stores about 30-days worth of water supply.

So, Arizona is a much more robust and resilient place than people think it is because it’s had to be; because we had to build it with a complex set of climatological challenges. And the challenges we’ll face in the future are the same ones that we built this place to deal with they may just be a little bit more complex and a little bit more difficult.

The biggest challenge we have in dealing with changes is we’re not sure we trust collective action to do things anymore. And what I mean by collective action I mean government. Arizona was built by ; by government decisions, by government institutions, by the federal government by state government by the Salt River Project which is by the Central Arizona Project which is . We are entirely the beneficiaries of massive government solutions and massive government programs. We don’t want to admit that; we pretend this is a place of rugged individualism and we aren’t sure we trust to take care of any problems anymore and that’s the biggest challenge we face.