While the survey represents young farmers and ranchers across the country, it mirrors the concerns of our farmers here in Arizona. Arizona farming, while unique in many aspects, also has many parallels to farming across the United States. 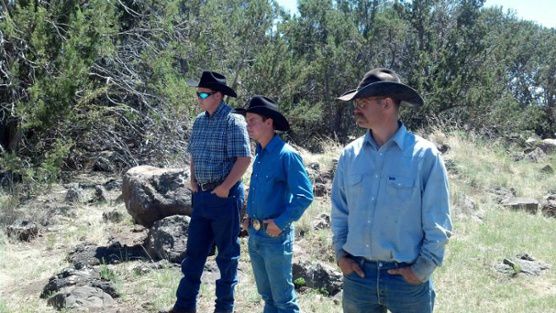 Arizona’s YF&R chair understands the adequate land issue all too well. Having begun farming with no more than five acres, YF&R Chair Jason Perry now farms approximately 1,400 acres all in lease agreements. “Of course, you can’t farm without land. And, in leasing land, the dynamics have completely changed. With the market being so competitive you have to really be on your toes. I always advise other beginning farmers to look for opportunities, be creative and don’t ever give up.”

Other issues ranked as top concerns too:

When asked to name the top three steps the federal government should take to help young farmers and ranchers, cutting government spending was the top response, with 24 percent listing this as most important. Twelve percent of those surveyed said maintaining the farm safety net was most important, while financial assistance for beginning farmers and tax reform were each cited by 11 percent as the priority that should be first on the list.

The 2013 survey also shows 83 percent of the nation’s young farmers and ranchers say they are better off than they were five years ago. Last year, 94 percent reported being better off.

The survey points out that 64 percent of YF&R members consider communicating with consumers a formal part of their jobs. Many use social media platforms as a tool to accomplish this. The popular social media site, Facebook, is used by 82 percent of those surveyed who use the Internet. Thirty percent of respondents said they use the social networking site Twitter, and 18 percent use YouTube to post videos of their farms and ranches.

“Use of technology to improve production practices on the farm and to interact with consumers—our customers—continues to grow,” Hunnicutt said. “Having instant access to information and communication tools is the ‘new normal’ and that’s not going to change,” he said.

Nearly 80 percent of young farmers and ranchers surveyed said they regularly use mobile devices such as and tablets to communicate. That’s up from 66 percent last year.

Computers and the Internet remain vital tools for the nation’s young farmers and ranchers, with 92 percent surveyed reporting using a computer in their farming operation. Nearly all of those surveyed, 94 percent, have access to the Internet. High-speed Internet is used by 65 percent of those surveyed, with 22 percent relying on a satellite connection and just over 2 percent turning to dialup.

The survey also shows that America’s young farmers and ranchers are committed environmental caretakers, with 64 percent using conservation tillage to protect soil and reduce erosion on their farms.

AFBF President Bob Stallman said the annual YF&R survey underscores his belief that the future of U.S. agriculture is in good hands. “The future looks bright for American agriculture and our nation as a whole, thanks to the commitment and solid knowledge base held by today’s young farmers and ranchers,” said Stallman.

The informal survey of young farmers and ranchers, ages 18-35, was conducted at AFBF’s 2013 YF&R Leadership Conference in Phoenix, Ariz., in February. The purpose of the YF&R program is to help younger members learn more about farming and ranching, network with other farmers and strengthen their leadership skills to assist in the growth of agriculture and Farm Bureau.

Editor's Note: Arizona's young farmers and ranchers can join Arizona Farm Bureau and get the first year of membership for free. For more information on this and the Young Farmer and Rancher program, contact Christy Davis at 480.635.3615.