By Julie Murphree, Arizona Farm Bureau: Richard Morrison’s practice focuses on water law, environmental law, and issues facing special districts and agriculture. In addition to his practice, he has taught agricultural law and water resources management as a faculty associate at the Morrison School of Agribusiness and Resource Management at Arizona State University. As he grew up on a large cotton farm, beef breeding operation, and dairy, all of which are situated in Arizona’s arid environment, he has a keen personal interest in the law and politics of water, as well as in the economic conditions prevailing on the farm. Much of his legal work has fostered negotiated settlements of Indian water rights claims; with four multiple-party settlements completed, he is frequently asked to serve as the “institutional memory” concerning the provisions in those agreements.

Mr. Morrison has been a director of his local chamber of commerce, his county Farm Bureau, and the Maricopa County Pollution Control Corporation. He also has been a member of the Agricultural Cluster Committee for the Arizona Strategic Plan for Economic Development, USDA’s National Advisory Council for Rural Development, and the board of directors of the Morrison Institute Public Policy. He is currently a member of the Bennett Agricultural Roundtable, and a Trustee of the Farm Foundation in Chicago, Illinois. He is also a Director and member of the Executive Committee of the Agribusiness and Water Council of Arizona. 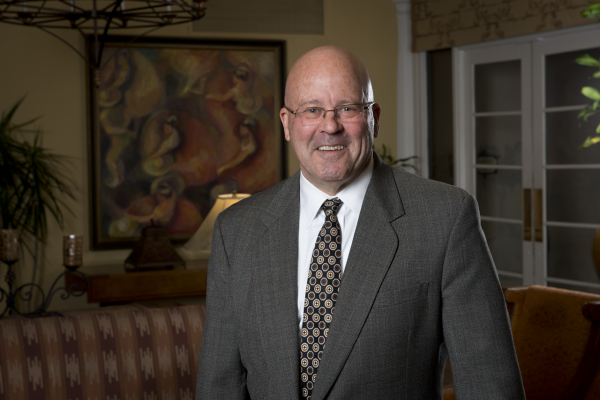 Arizona Agriculture recently interviewed Richard Neely Morrison for the September 2014 issue of the magazine. Agriculture members of Arizona Farm Bureau will be able to read the entire interview in the coming issue. In the meantime, we share a few of the questions we asked Morrison here.

Arizona Agriculture: If you can identify what we’re doing really well in agriculture, what would that be?

Morrison: It is easy to see that U.S. agriculture’s efficiencies are the envy of the world. Commercial operations have gotten larger for the sake of efficiencies, and that is controversial in some quarters, but the efficiencies themselves are a marvel.

Arizona Agriculture: What would you say we’re hurting ourselves in? Where do we need to improve?

Morrison: Nationwide, there are still too many conflicts between competing commodity groups and other interests fighting over the content of the farm bill and other government-sponsored benefit programs. One of the groups I work with has pledged its best efforts to try to get the industry to “reduce the shout.”  There are still plenty of things we can agree upon, and perhaps a good example now is the need to do a better job of integrating the knowledge we glean from science into improved soil health. Some ag observers believe too many farmers have almost ignored soil health while focusing on pest management, weed control, incremental production increases through GMOs, and other production factors. Actually, managing production should start with the soil.

Arizona Agriculture: In the end, does American agriculture survive all of its struggles: heavy regulations, cost of entry, ever-increasing input costs?

Even many who fight us in the political arena recognize there is something basic, something good, certainly something natural and authentic about an industry that produces food and fiber. Even people who say they hate commercial farms say they love farmers. That basic truth will enable us to survive.

Editor's Note: Want to read this entire article in the September 2014 issue of Arizona Agriculture but are not a member of Arizona Farm Bureau? Become a member to receive the magazine, one of your member benefits (for agriculture members only)!