Arizona Farm Bureau is closely engaged in following Congress on the immigration and labor reform efforts now underway. While in August recess, Congress will hear from interest groups around the country. As noted in an August 3rd article in the Yuma Sun by Joyce Lobeck, each year Yuma’s produce growers wonder if they’ll have the workers available to harvest the crops. 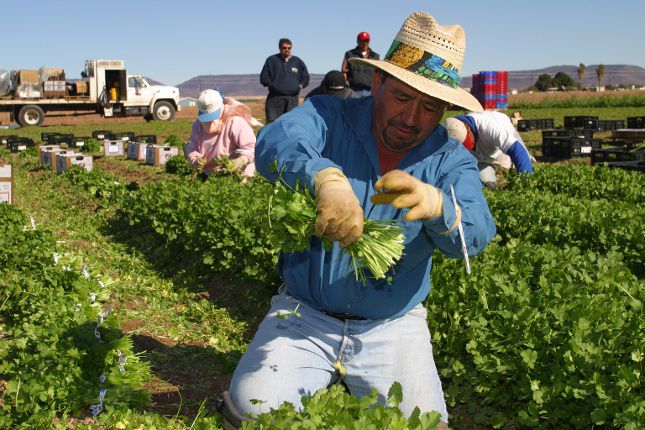 This is something Arizona Farm Bureau President Kevin Rogers knows all too well. In a recent editorial, Rogers said, “Farmers and ranchers need a reliable workforce to produce food for America, and accept that most of the workers they need come from other nations. It has been a long time coming, but U.S. lawmakers are increasingly recognizing this as well. It is important that this understanding to the fact that agriculture cannot access a sustainable labor supply without reform of the current visa system for non-native workers.”

Rogers further stated, “Securing a labor supply to sustain agricultural production into the future, hand-in-hand with border security and interior enforcement, has been a key focus for Farm Bureau.”

“Farm Bureau continues to work to advance realistic labor and immigration reforms supported by united agricultural groups and interests. Put simply, we need reform that works for all of . And we need it now!”

Arizona Farm Bureau hopes as negotiations proceed with Congress and various interest groups that goals will be compatible, allowing for a resolution that works for the agriculture industry without reverting back to a non-productive tone.

Arizona Farm Bureau was encouraged at the Senate’s passage of a bill. “The Senate's passage of an immigration reform bill that includes a fair and workable farm labor provision was a long time in coming but is welcomed," said Rogers. "Of most importance to us is an agricultural labor component that works for agriculture and helps secure the border. We commend Arizona Senators John McCain and Jeff Flake for addressing these very important issues.

"Passing Senate bill 744, the Border Security, Economic Opportunity, and Immigration Modernization Act of 2013, is the first step to reform our broken immigration system and ensure that agriculture has access to a stable and legal workforce. We look forward to working with our Arizona House of Representatives delegation as they move forward with their version of reform.

"This reform security at our and helps shape an improved American economy. I'd encourage interested parties to study the security part of the bill as it significantly increases surveillance of high-risk areas along our borders. Also, we believe that one of the best ways to improve border security is to create a legal, reliable way for needed farm workers to enter our country."

Though the U.S. House of Representatives is moving toward creating their own bill the hope is still that something can come out of both chambers and a compatible bill can then come out of conference before heading to the president this fall.