By Julie Murphree, Arizona Farm Bureau: While Arizona agriculture is becoming in turning “Water into Wine,” the state does not have enough acreage planted in wine grapes to meet the current demand for Arizona wine. As a result, Arizona winemakers must import grapes from other states for winemaking because of the lack of wine grapes available. 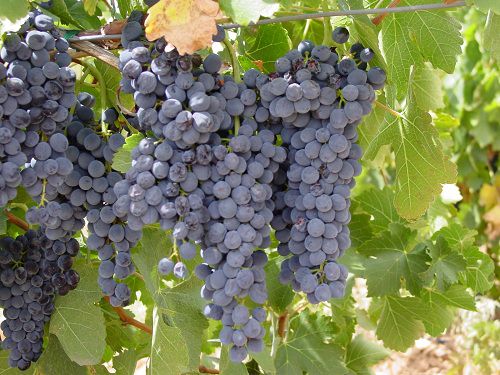 More than 60 bonded wineries exist in Arizona; up from nine in 2000.

Quoting her from a recent Western Farm Press article, Fiandaca said, “The opportunities of the Arizona wine industry are great, and there is no reason that the wine industry cannot be the next billion dollar wine region like Washington and Oregon.”

A 2011 study by the Arizona Wine Tourism Industry funded by the Arizona Office of Tourism found that wine visitors had an estimated $22.7 million benefit in direct expenditures resulting in a total economic impact of $37.6 million supporting 405 total jobs.

Southeastern Arizona is the third major wine grape-growing region and one of the fastest in acres planted.

He plans to grow more.

“Currently, all our grapes growing are red varietals,” says Graham, owner of Golden Rule Vineyards. “I want to add some white. Ultimately, my first realistic threshold for expansion of grape vines is 40 acres. I have room to plant more than 100 acres but beyond 40, it becomes a issue.”

For anyone getting into the wine grape business, the most limiting factor is to plant those first vines. If someone starts from scratch that includes buying land, drilling a well for water (in Cochise County well water nourishes the grape wines in the area), and basic infrastructure costs can run $15,000 to $20,000 per acre.

“The cost to plant a vineyard is the biggest reason you don’t hear about wine grape acreage exploding in Arizona,” explains Graham. “You’ll then have your future overall costs including labor to effectively manage in your business plan.”

Graham, who farmed a diversified crop and livestock operation in Iowa for 25 years before moving to Arizona, has always believed diversification in agriculture is critical and why he expanded into wine grapes. “We were pretty dependant on Pistachios and we wanted a compatible crop but one that created a more value-added crop, like wine,” Graham says. “We can do wine in small quantities and still add significant value to the crop we raise.”

Expressing his excitement and enthusiasm for this growing agriculture industry, Graham says, “We’ve had the wine industry in Arizona for 30 years or more but it’s really taken off recently because of some excellent winemakers like Eric Glomski and Tim White at Arizona Stronghold and Rob and Sarah Hammelman, and others.”

Regardless, wine grapes are growing all over. The three major growing regions include southern Arizona in the Sonoita/Elgin area, the Willcox area in Cochise County and the Verde Valley in Yavapai County. The elevation in these vineyard regions from 3,800 feet to almost 6,000 feet. These regions allow for nice hot days and cool nights during the grape growing season.

As wine grape acres increase in Arizona, our Arizona wineries will be able to expect a greater dependence on this state’s high-quality wine grapes.