Arizona Agriculture is an Engine of Innovation!

While Agriculture Secretary Tom Vilsack was recently announcing a new report on scientific breakthroughs discovered by USDA researchers that led to new patents and inventions with the potential for commercial application and potential economic growth, here at home a private company was announcing eight new Plant Variety Patents, certifying the company has invented and reproduced eight new strains of the guayule shrub, an emerging Arizona agriculture crop.

Casa Grande, Arizona-based company PanAridus had reported that the United States Department of Agriculture Plant Variety Protection Office had officially granted the patents. Guayule, a native Sonoran Desert plant, has been viewed as a promising natural rubber alternative to the Hevea (rubber) tree because they yield almost identical polymers, which can be utilized for tires, tubes, medical devices and gloves among other products; however, the industry has struggled for decades trying to unlock the genetic secrets to producing higher and annual yields to make it profitable for farmers to grow and offset the demand-induced global shortfall by the end of the decade. The U.S. government and domestic tire companies have been particularly interested in guayule as the nation must now import 100% of its supply of natural rubber from tropical regions where the Hevea tree grows, with tire companies consuming between 60-65 percent of all imports. 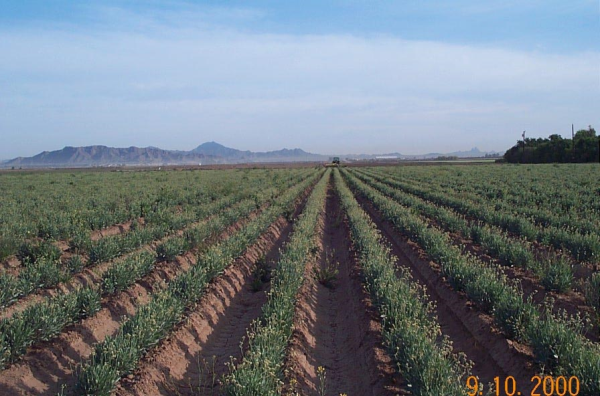 A Guayule field located in Arizona.

Regarding the study announcement by Vilsack, innovations included in the report range from flour made out of chardonnay grape seeds that prevents weight gain to antimicrobial packets that keep food from spoiling, efforts to protect U.S. troops in Iraq from diseases carried by sand flies, new processes for turning grass clippings and raked leaves into bioenergy, and many more. For Arizona and the Guayule plant, it’s about transforming the rubber industry.

“Studies have shown that every dollar invested in agricultural research returns $20 to the economy. We have accelerated commercialization of federal research and government researchers are working closely with the private sector to develop new technology and transfer it to the marketplace,” said Secretary Vilsack. “USDA has a proven track record of performing research that benefits the public.”

USDA reports receiving 51 patents, filing 147 patent applications, and disclosing 180 new inventions in the last fiscal year, which are detailed in the Department's 2013 Annual Report on Technology Transfer released today. Helping drive these innovations, USDA has 259 active Cooperative Research and Development Agreements with outside investigators, which includes Universities and other organizations, including 117 with small businesses. The USDA's technology transfer program is administered by the Agricultural Research Service (ARS), USDA's principal intramural scientific research agency.

Of all the agriculture patents issued by the USDA, PanAridus’ eight a testament to its efforts in innovation in Arizona agriculture. Since launching in 2009, PanAridus has committed itself to the sustained research of the genetics and breeding of guayule, and now houses both the largest privately owned germplasm bank as well as the largest number of proprietary genetic strains of guayule in the world. It is also the first company in the world to produce Crop Improvement certified guayule seed.

PanAridus CEO, Mike Fraley, called the eight new patents part of the company’s continuing commitment to advancement of guayule phenotypes. “The mission of our company is unlocking the keys to sustainable agriculture on a planet. Successfully growing essential commodities on arid land while utilizing less water is central to the effort,” he said.

Over the years, USDA innovations have created all sorts of products Americans use every day, from to insect controls, leathers, shampoos, and of course food products. Here are just a few examples of things USDA research is responsible for:

The 2014 Farm Bill will help to build on these accomplishments by establishing a new Foundation for Food and Agriculture Research that leverages $200 million in public funding and another $200 million from the private sector to support groundbreaking agricultural research.