By Ana Kennedy, Arizona Farm Bureau: Arizona Farm Bureau and the American Farm Bureau Federation (AFBF) hailed the strong bi-partisan effort by members of Congress as they urged Senate and House leadership to preserve the cash accounting system farmers and ranchers rely on to grow their businesses. Recently, both chambers of Congress sent letters to members of the House Ways and Means Committee and the Senate Finance Committee advocating on behalf of the cash accounting system.

In the meantime, Arizona Farm Bureau leadership reached out to Arizona’s Congressional delegation on behalf of farm and ranch businesses.

“We support the use of cash accounting for farmers and ranchers,” said Arizona Farm Bureau President Kevin Rogers. “Many of us use the simple, straightforward cash method of accounting in which income is not recognized until cash or other payment is actually received.  Also under the cash accounting method, expenses are not taken into account until they are actually paid. Loss of cash accounting could create situations where a farmer or rancher would have to pay taxes on income before receiving payment for sold commodities. Because expenses are ongoing, this creates the potential for cash flow problems and the need for loans to pay taxes.”

“We are pleased to see members of Congress reach across party lines and stand together for farmers and ranchers who are working to build their businesses and communities,” AFBF President Bob Stallman said. 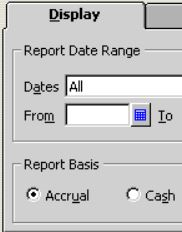 The proposed changes would have required family farms and ranches operating as C-corps to switch from cash accounting to accrual accounting when they had $10 million of gross receipts instead of the current $25 million.

Cash accounting gives farmers and ranchers an important tool to expand their businesses and boost local economies. But a recent proposal by the Senate Finance Committee would put a stop to this by requiring all businesses with annual receipts totaling $10 million to switch to the accrual method. Senators and representatives from both sides of the aisle warned this would “create long-term financial hardship.” In letters to both House and Senate leadership, members from all 50 states called the cash accounting system fundamental to the success of small businesses across rural America. The letters were signed by 46 senators and 233 representatives.

The following U.S. House of Representatives from Arizona signed on to the House letter.

During work on tax reform this Congress, both the House Ways and Means Committee and the Senate Finance Committees proposed restricting the types of businesses, including agricultural operations that could use cash accounting. The proposed changes would have required family farms and ranches operating as C-corps to switch from cash accounting to accrual accounting when they had $10 million of gross receipts instead of the current $25 million. The new $10 million would have also applied to those filing as S-corps, and sole-proprietors which currently have no limitation. When Ways and Means Chairman Dave Camp (R-Mich.) released his tax reform bill this past spring, farmers and ranchers were the only not required to meet the new thresholds for switching to accrual accounting. While tax reform is now off the table, is being laid for next year when tax reform efforts will resume under the leadership of new Finance Committee Chairman Ron Wyden (D-Ore.) and a yet to be named new Chairman of the Ways and Means Committee.

Under an accrual accounting system, small businesses would be taxed on non-existent income, thereby reducing their cash flow for operating costs and limiting opportunities for expansion. The added financial burden would require many to take out loans to cover the liquidity problems they would face.

Forcing small businesses to full-accrual accounting will hinder both profits and job creation in regions of the country that are still suffering from the economic downturn. Farm Bureau enthusiastically supports of current cash accounting rules.