I don’t generally watch for directional signs at the airport as I routinely make my way from the gate to the sky train, but last week a few signs caught my attention. There was a gathering of about six or seven families in the receiving area, waiting in earnest holding handmade posters with names and heartfelt words of welcome. I glanced behind me and noticed a stream of service men and women heading out of the terminal. I’ve seen this before and given it a fleeting thought, but on this day, I decided to stop and watch this coming home unfold. Wives stretched their necks and stood on their tippy toes to see as far back in the swarm of people as possible and the kids of all ages were bubbling with energy. I don’t know where these soldiers were coming from, but when I saw a toddler run as fast as her little legs would take her towards a Dad she’d been separated from for who knows how long, a teenage girl wipe her eyes in a bear hug and a woman literally jump into the arms of her husband, I was struck with a sobering gratitude for their service. 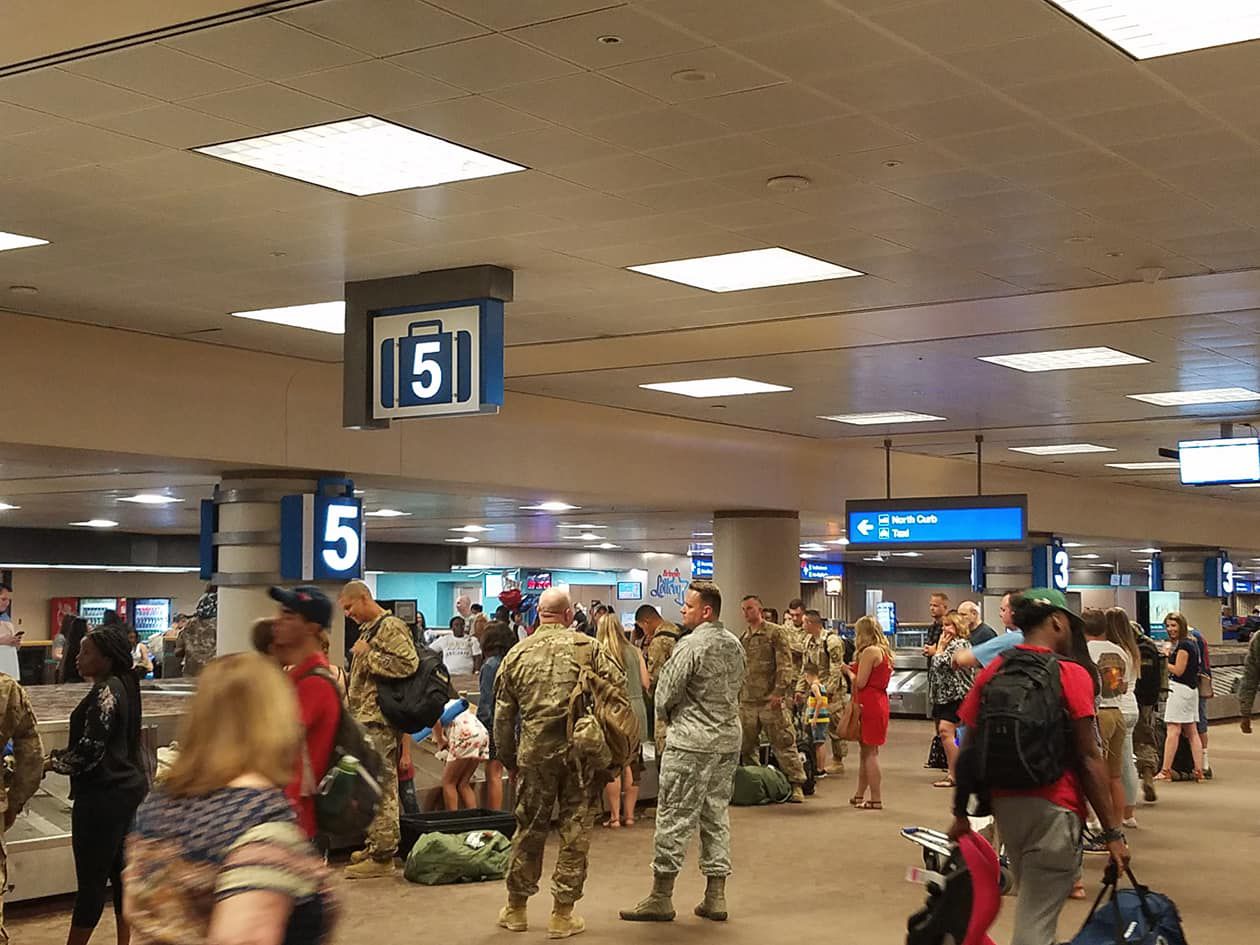 Sacrifice carries deep meaning but for military families it’s routine. It’s routine not because it's easy, but because its expected, accepted and hardly acknowledged by all of us reaping the benefit. Our friends and foes around the world know the strength of our military and the willingness of our men and women to serve in defense of our ideals. This alone deters most advances against the USA.

Right now, China, Mexico, Canada and the European Union are testing the fortitude of American agriculture in somewhat the same way and our willingness to bear down and absorb the punches of this trade war we now find ourselves in. President Trump has asked us, the farmers and ranchers, to stand strong for our Country’s future. Stand for the long-term protection of our technologies, production of raw materials and fair-trade practices. This certainly is not the first time we have been called upon to sacrifice for the good of the country, but this ask is less tangible, more complex and will take decades to recover. As I write this, Brazil is advancing its infrastructure; building what is known as a “grain train” across their country to facilitate grain delivery to China. The European Union is negotiating dairy trade with Mexico to fill the vacuum we have recently created and just signed their own bilateral FTA with Japan. There are dozens of examples of how world agricultural trade is quickly shifting, with countries competing for market share. There is no doubt that these countries, every one of them, have taken advantage of our farmers and ranchers – of us. They manipulate markets, control production, exceed WTO subsidy allowances, steal intellectual property and espouse unsubstantiated phytosanitary concerns to give them an edge over American agriculture. Little by little these cuts make us weaker; boiling a frog comes to mind.

We have been told by trade officials there are options for market expansion to other countries while the Administration moves away from multilateral agreements to bilateral negotiations, and China’s consumption is so massive that they too have much to lose by an extended food fight over trade. The Administration is sympathetic to our complaints of unnecessary regulation and has walked many of those back in a short amount of time. Just recently we received word from Dave Ross, Assistant Administrator for the EPA Office of Water, that the new WOTUS rule is under internal review and is narrowed and true to the intent of the Clean Water Act. He sees an opportunity for farmers and ranchers to be a partner in solving environmental challenges rather than an adversary. These are all positives for our industry and will relieve some strain on our livelihoods.

This is a very difficult time in agriculture to contemplate bearing the weight of a war of dollars and cents on our shoulders. Both Arizona Farm Bureau and American Farm Bureau have strongly expressed to the Administration and our members of Congress that this trade war was felt by our family farms and ranches before the first shot was even fired and the impact is getting more intense. [As of this writing, it appears that Mexico and the United States have negotiated a bilateral agreement within the NAFTA structure. Good news as Mexico is Arizona’s largest trading partner, but much still needs to be done and Congress must still approve the terms.]

Retired Navy Seal Commander Rorke Denver recognized the important relationship between food security and military security when he said to a large auditorium full of America’s farmers and ranchers, if farmers do their job, then it makes our job much easier.

We’ll do our job; we’ll dig deep but we need a plan, Mr. President. We will need multiple “wins” in other areas of the world to keep us productive during the worst of this, we will need continued support from the Administration in other areas of concern. Patience is a necessity in our industry, but that doesn’t mean it will not grow thin.  Americans cannot eat a sheet of aluminum or a microchip.