Getting to Know Your Arizona Farms

While Arizona has a robust agriculture industry valued at $12.4 billion (for this desert state that’s pretty impressive), do we really know our Arizona farms? The best way to discover our Arizona farms is to study the U.S. Census of Agriculture. 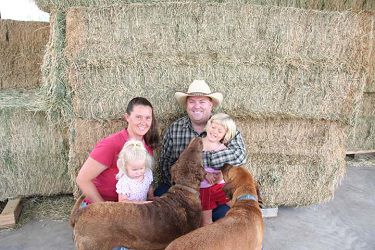 The U.S. Census of Agriculture has been conducted for more than a century with census results published every five years. Information gathered the United States Department of Agriculture (USDA) provides the most comprehensive picture of the state of American agriculture. To be counted as a farm, all farms that have at least $1,000 in real or potential livestock or crop sales are counted in the census. In addition to collecting data about farming and ranching operations, the census gathers detailed farm operator characteristics to help paint a picture about the types of people involved with agriculture and their business structure. Additionally, detailed economic data is collected to monitor the huge economic contribution made by agriculture. All of the information is gathered at the national, state and county level.

While the USDA is currently in the midst of the next census, the 2007 census is the latest census we can look at numbers and assess our Arizona farms by.

The Look and Feel of our Arizona Farms; Specifically Maricopa County

For the last 20 years, Maricopa County farmers focused on crop production. In fact, as recently as 1997 crop sales accounted for 58 % of Maricopa’s entire agricultural products sold. According to the 2007 Census of Agriculture, livestock production, particularly dairy , took the lead accounting for 51 % of the county’s total agricultural product sales.

The census did not ask why a producer reduced their acreage or left farming. There are numerous factors contributing to the decrease in Maricopa County agriculture during the last decade. Nevertheless, a dramatic shift has taken place.

Beyond Maricopa County, Arizona’s other have interesting numbers, in Pinal and Yuma counties. As far as shifts from crop sales to livestock sales, Pinal County was much more pronounced than Maricopa. The 1997 census showed Pinal County sales of crop and livestock commodities were fairly even at 52% and 48%, respectively. However, in 2007 the census showed the livestock industry had sales representing 71% of total agricultural commodity sales. The cattle inventory in Pinal County has more than doubled since 1997 (this trend may be in part because of so many dairies moving further south to these more rural counties).

The census also showed that there are fewer small farms in both Pinal and Yuma counties. Only a third or so of farms in Pinal and Yuma counties have less than 10 acres and the average sales per farm are considerably higher than Maricopa. Pinal County farms had average sales of just over one million dollars and Yuma County farms averaged more than $2.1 million. About a fifth of the farms in these two more than 500 acres.

New ag census numbers will be out next year. We'll again revisit our Arizona farms and find out what's changed. Stay tuned!

Arizona Farm Bureau is dedicated to the purpose of protecting and improving the bottom line of our farms and ranches. Join us in supporting this vital and important industry.