Editor’s Note: Bill Hickman, one of the founders of Hickman’s Family Farms explains why every farm expansion took advantage of technology improvements for sustainability and animal comfort. He should know, when they first started the business, it was in the backyard with no more than 50 laying hens. 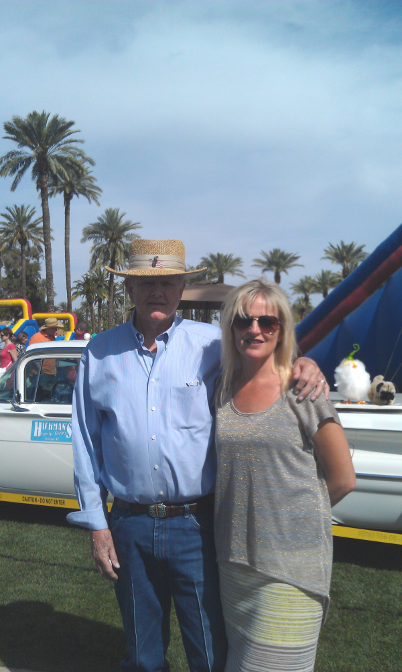 With his youngest child, Sharman, Bill Hickman, Sr. has seen a lot of positive change in the egg business that's involved growth, technology improvements and better care for the laying hens. He believes today's Concentrated Animal Feeding Operations --- large animal operations --- can provide some of the best care for animals being raised for agriculture production. They're a family dedicated to the business, their own and Arizona.

By Bill Hickman, Sr., Founder of Hickman’s Family Farms: I am writing this letter as a biased person from agriculture. I have spent most of my working life producing a product that in itself will sustain human life. My family has raised chickens and sold eggs since the ’s. The years have brought unbelievable improvements in production methods and the safe-keeping of the hens that produce those eggs.

We, as an industry, have not done a very good job of telling the consumer why we do certain things. Concentrated Animal Feeding Operations (CAFO’s) are now being depicted by some agriculture detractors as harmful to the consuming public, either by the confinement or the feed that is fed to the animals or fowl while being confined.

I am not a food scientist, but I suspect the most of the beef, dairy, pork, fish and poultry products come from what is now known as CAFO’s and because of these efficient methods of production, the U.S. has the safest food supply in the world. This has been brought about because these CAFO’s are so easily regulated and inspected by both Federal and State agencies, even some sectors of agriculture have self-imposed rules that are monitored and enforced by independent contractors.

Over the years, our family, now including the fourth generation, has continued to expand our production and distribution to meet the demand for our products. With every we have always tried to take advantage of the latest equipment and housing both for operating efficiency and comfort of the hens.

I know that our latest facility being built in the Tonopah, Arizona area is state-of-the-art and when completed, will be one of the most modern poultry farms in the world today.