In American Agriculture, One Size Does Not Fit All!!

By Julie Murphree, Arizona Farm Bureau: American and Arizona agriculture is diverse, robust and comes in all shapes and sizes. Focusing on just Arizona agriculture, we have more than 20,000 farms and ranches in this desert state, according to the United States Department of Agriculture’s (USDA) National Agricultural Statistics Service (NASS). The majority are small.

But we need every size and type of farm: Big or small, organic or conventional. 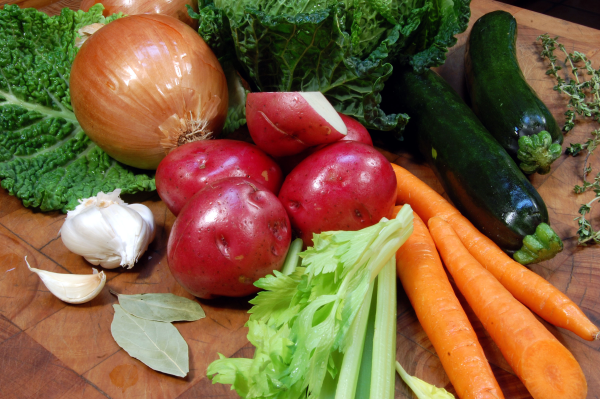 Produce from small or large, organic or conventional is nutritious. Arizona agriculture -- American agriculture --produces the most amazing and diverse agriculture production around the globe.

The above Arizona farm and ranch number pretty significant. But closely examine the USDA definition of a farm and you’ll quickly discover some hidden insights into Arizona’s more than 20,000 farms and ranches.

First, the USDA definition of a farm: at least $1,000 in real or potential livestock or crop sales annually. Asset-wise, it doesn’t appear to take much to possess the capital to establish a farm or ranch (despite the fact that it’s harder and harder for young people to get into farming).

In Arizona, our prior farm and ranch count around 7,500 before the 2007 Census of Agriculture – a census that is conducted every five years. The 2012 census netted the 20,000 farms and ranches we can now report on. This 100-fold increase in the number of Arizona farms and ranches come mainly from a different method of counting farms operated by American Indians on tribal lands here in Arizona. It’s a significant step that USDA made a more concerted effort to count all farms on tribal lands. This procedural change, however, means that these farms have most likely been there for some time but now they’re finally being tallied.

The large farms on the tribal lands have always been counted; just not the small farms and ranches. Native Americans within the boundaries of the tribal lands that met the $1,000 threshold were aggressively sought out during the last two agriculture census (2007 and 2012) counts. The majority fell into the less than $5,000 in real or potential sales and shows up mainly on the Navajo tribal lands.

Continuing to review the small-scale farm, direct market farmers (agriculture that sales directly to consumers) in Arizona generated a 51% increase in 2012 agriculture production compared to 2007, bringing their total revenue contribution to Arizona agriculture to $8.0 million. This is a good thing -- especially for Arizona consumers wanting to buy local. This niche appears to continue to be well served and could provide much more supply for the ongoing demand. 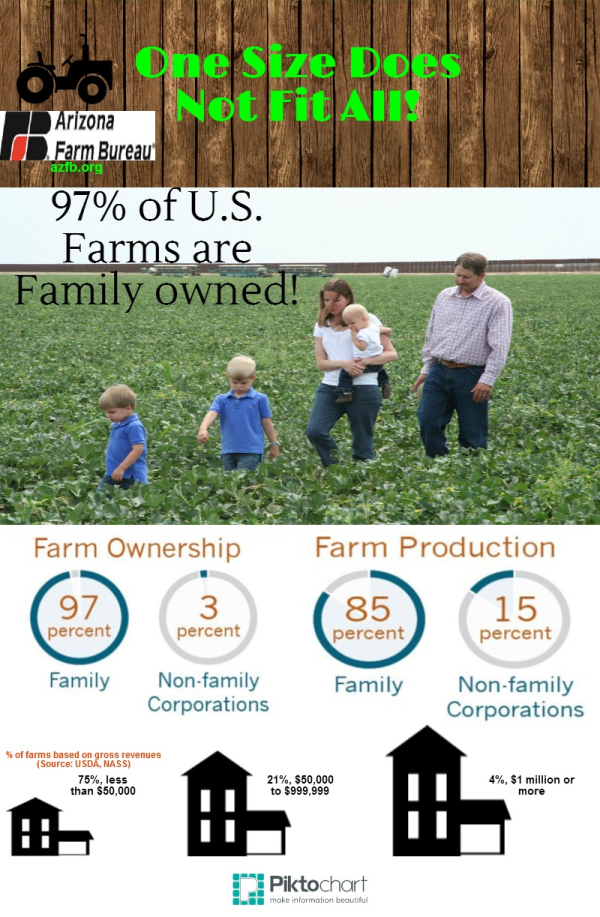 Study and discover an amazing story in our Arizona and American Farms and Ranches.

Still, total sales of all Arizona agricultural commodities was more than $3.7 billion in 2012 making Arizona’s direct market agriculture less than one percent of that share.

This points to the reality that the lion’s share of Arizona agriculture production is still coming from traditional agriculture produced on large-scale farms and ranches. This is consistent with American agriculture in general. Interesting that a small number of very large farms in Arizona pull in the majority of the production revenue for this state.

And large-scale agriculture – sometimes referred to as factory farming or industrial farming -- is needed to feed you and me and the world.

To nutritiously and wholesomely feed our country, large production agriculture must remain a significant contributor to not only our economic numbers in Arizona but to national and global food production. Citing agriculture census numbers again, Arizona’s best example is the fact that we’re ranked second in the United States in lettuce production and as we’re so often known to mention that during the winter months, Yuma is the lettuce of the nation.

With 97% of our farms and ranches run by families, it’s important to remind our non-agriculture constituencies that large-production farms, and dairies are the only production structure that will keep pace with a growing population and a global economy that thrives on growth.

Why so critical? According to the United Nations, we must increase agriculture production 70% by 2050. Small, urban farming, along with out-of-the-way subsistent farms cannot do this. Experts continue to crunch the numbers on behalf of the urban farm scenario and the math just doesn’t add up.

Today’s most productive and progressive family farms and ranches are not typically small and they naturally scale becoming larger if they want to be profitable to support their own growing family-owned corporation with multiple generations to take care of. This occurs whether their production methods utilize organic or traditional agriculture methods. The embedded video nearby helps explain this truth.

Fabulous factory farms feed families – the majority family-owned -- and will continue to do so nutritiously and safely. Based on science, research, nutrition, market forces and the need to support a growing population, the world will always need large-scale agriculture.

Of special note, mutually discussing large-scale farming and nutrition does not create conflict. From the hundreds of farms I visit throughout Arizona and the United States, nutrition does not separate itself from the farm just because it operates on a large scale. I see wonderful farming on small, organic farms. I see wonderful farming on large, organic and conventional farms (Arizona has a handful of very large organic farms too).

Perhaps the time is ripe for re-examining the phrase factory farm. If not, America’s understanding of large-scale agriculture will be warped and the globe’s demand for food could be put at risk.

Walk the produce rows I’ve walked over the years; you’ll celebrate that nutrition and quality produce is found on just about every type of ground: small and large; organic and conventional. Today, the quality of produce and nutritional value of such farms is equally valuable.

We need every shape, size and type of farm imaginable: Small, medium and large; organic and convention. We need it all!