By Justen Ollendick and Julie Murphree, Arizona Farm Bureau: These 27 individuals listed below play a crucial role in the year-to-year success of Arizona Farm Bureau. The board is composed of our executive committee, county presidents, and members of the 13 active Arizona Farm Bureau counties (while Arizona has 15 counties). The 13 active Apache, Cochise, Coconino (parts of Gila Co.), Graham (parts of Gila Co.), Greenlee, La Paz, Maricopa, Mohave, Navajo, Pima (includes residents in Santa Cruz Co.), Pinal, Yavapai, and Yuma. You’ll note we picked an agriculture-related quote for each board member, either from a well-known figure or something the board member has said themselves.

Here are the 2015 Arizona Farm Bureau board members: 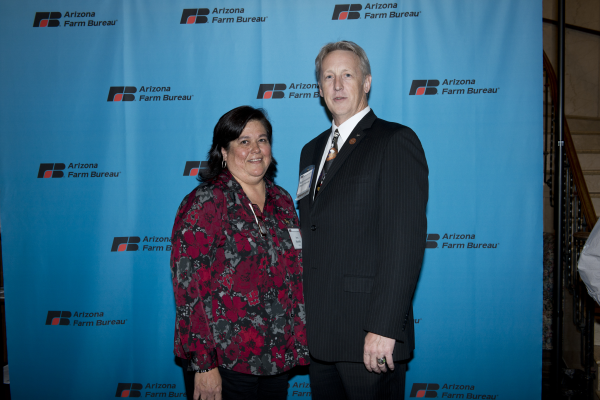 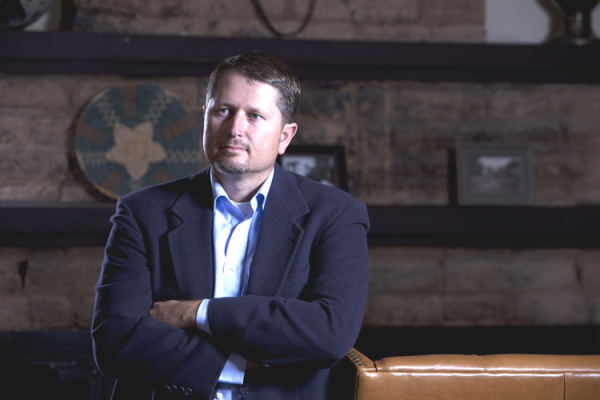 “The stakes keep going up in agriculture. You have to be really good with what you do and the resources required. ” ~John Boelts

John and his wife, Alicia, own half of Desert Premium Farms, LLC. They grow row crops, cereal grains and forage crops in Yuma growing vegetables in the winter months and cotton, wheat and other crops the rest of the year. 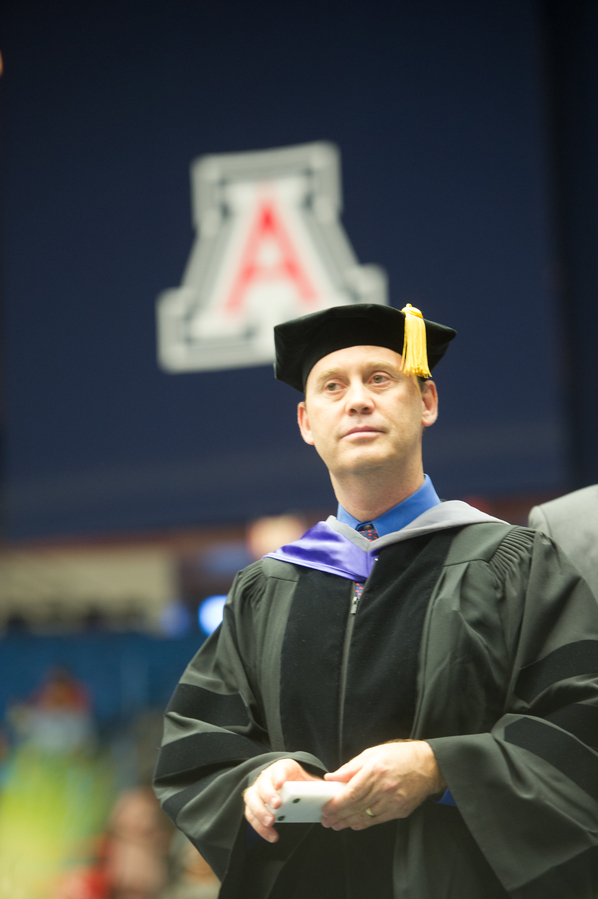 "Every single dollar we invest has to have a home in an outcome. In the future, we should never look back and have to say all these dollars never had an outcome." ~Shane Burgess

Dean Burgess is passionate about making sure Arizona's university truly meets the needs of agriculture in our state by ensuring the educational and research aspects of the institution are streamlined, focused and can be applied to the real world. 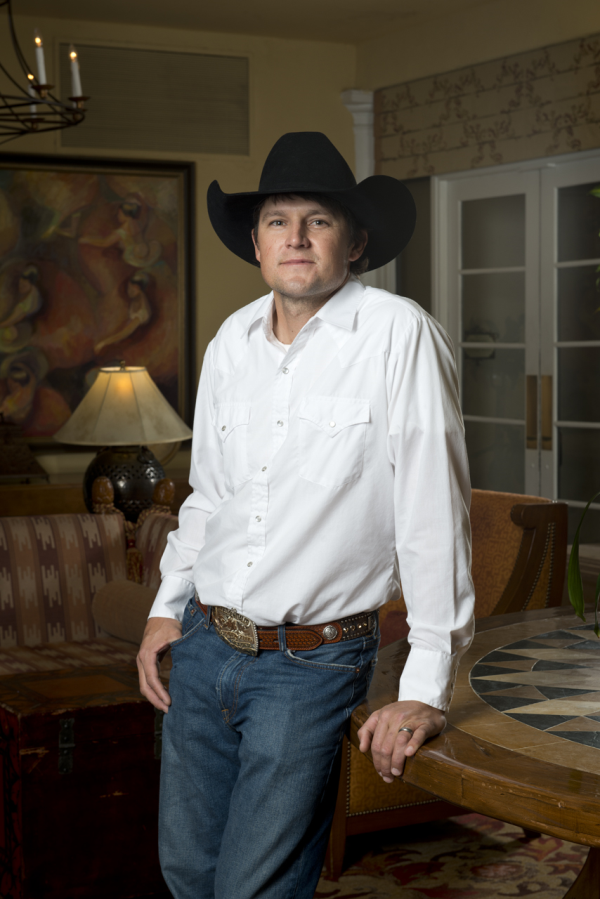 “I love roping… dream of it, anyway” ~Clayton Buttle

Clayton and his wife, Brandi, are first-generation farmers. They farm corn and hay and have begun to raise cattle. 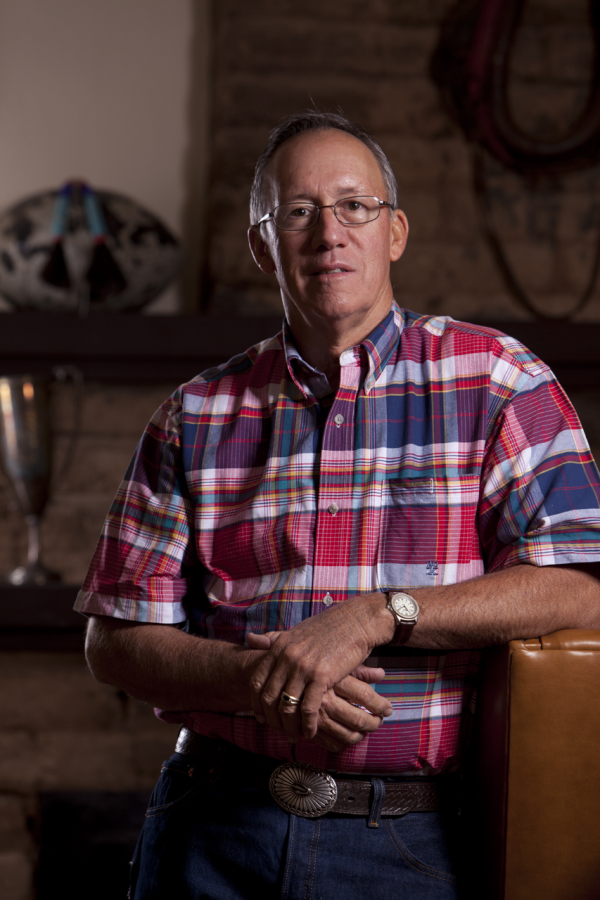 Rick represents a generational farm family that's farmed and ranched in Arizona for more than 100 years. 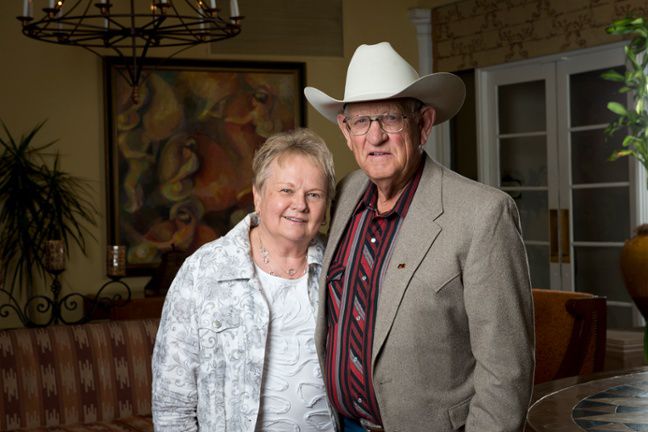 "The more you put into Farm Bureau, the more you get out of it." ~Gerald Flake

Arlene and Gerald Flake believe you get out of leadership and much as you put into it. They both advocate for the younger generation to get involved because everyone's individual contribution makes a big difference to the whole. 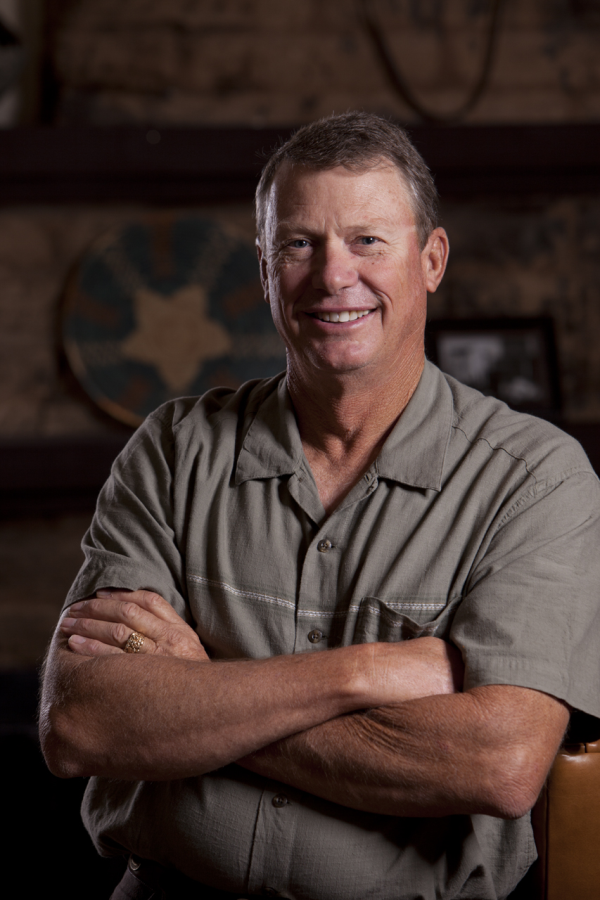 Mark is also a retired Mesa Fire Department paramedic captain and was named 1994 Arizona State Firefighter of the Year. 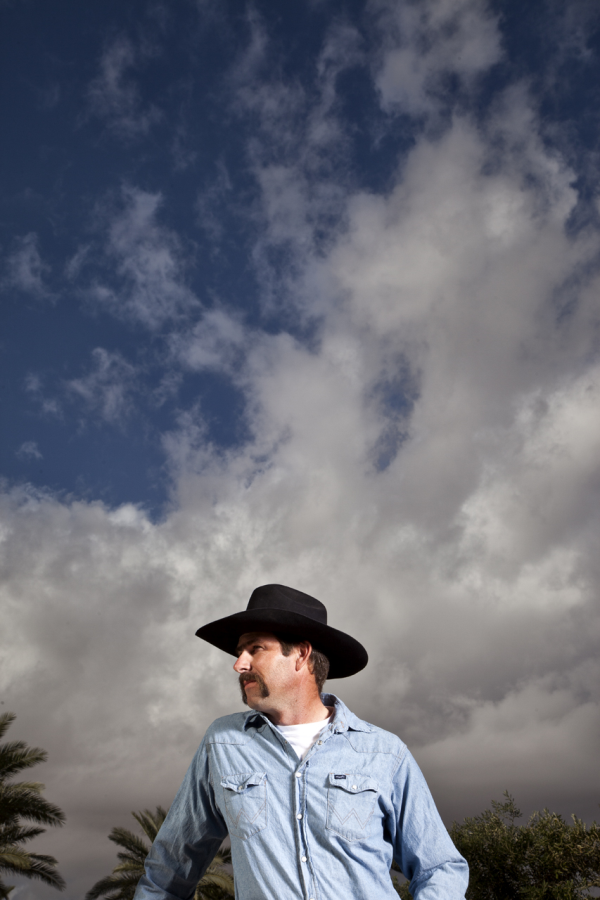 “True contentment is a thing as active as agriculture. It is the power of getting out of any situation all that there is in it. It is arduous and it is rare.” ~G.K. Chesterton

John and his family love the community they live in and celebrate all the opportunities they get to engage fellow Willcox residents in the Arizona agriculture story. 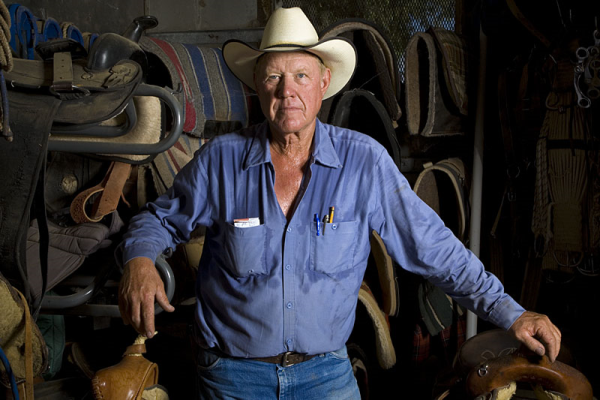 "The Valley of the Sun really was developed by agriculture. It started with production for the military forts that were here, such as cattle to feed the soldiers, back in the 1800s. They started cutting the grasses along the Salt River, putting in some temporary dams that served well during regular flows but then would get wiped out during floods. Then farmers took a look at some old canal structures believed to have been built by the ancient Hohokam tribe. Harnessing the river was a big issue because no matter what the farmers did when the floods came it would take out their temporary dams. So, the farmers pledged all their property to the federal government as a guarantee against the loan that they then borrowed money to build Roosevelt dam. Today, most of Salt River's water goes into houses because as we all know the valley has grown so fast. But if it had not been for the infrastructure that agriculture put in place and the development of the water the water we now use would not be here." ~ DeWayne Justice

Another farm family that's been farming and ranching in Arizona for more than 100 years, DeWayne is a life-long advocate and leader in agriculture and water issues. 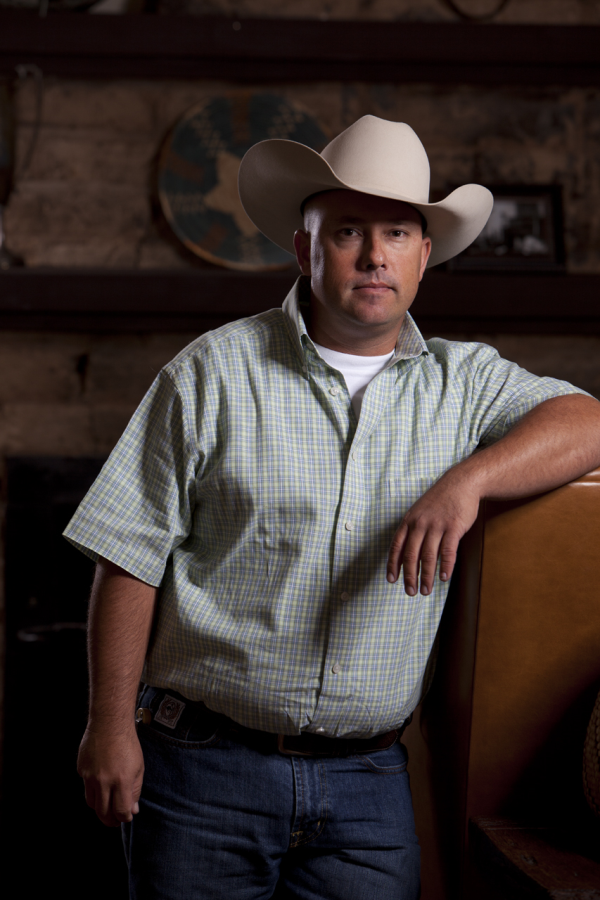 “For of all gainful professions, nothing is better, nothing more pleasing, nothing more delightful, nothing better becomes a well-bred man than agriculture” ~Marcus Tullius

The Kennedy family also farmed in California. Both Richie and his Dad, Jerry, served in leadership for Farm Bureau including both as President for Pinal County Farm Bureau. 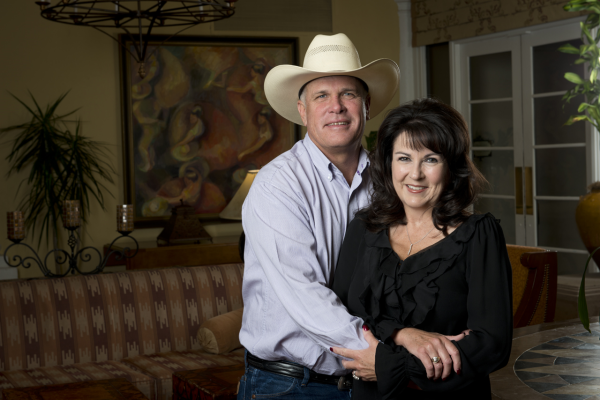 Bill and Sine Kerr believe leadership is key to making change in the agriculture industry. They are also active in their specific dairy industry. 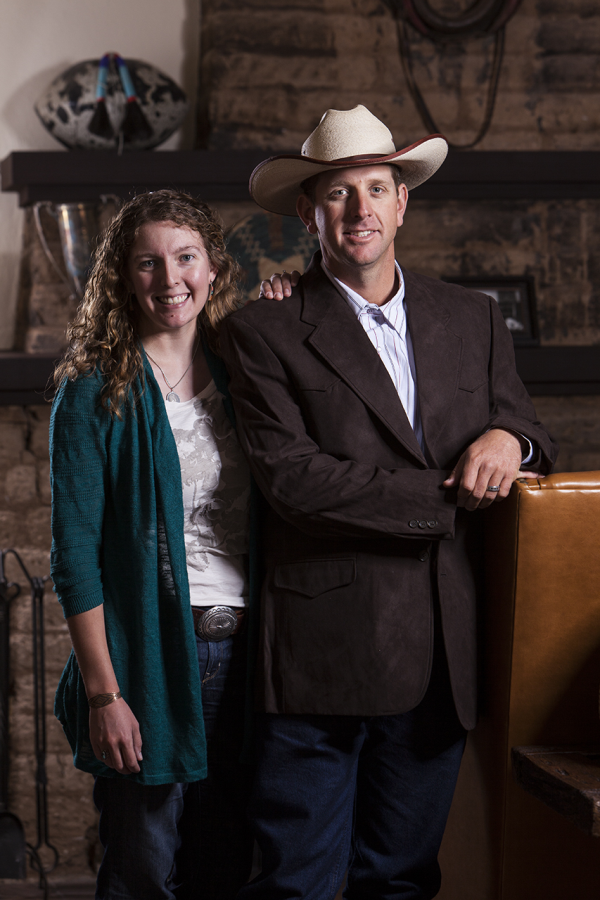 “ manufactures, commerce and navigation, the four pillars of our prosperity, are the most thriving when left most free to individual enterprise” ~Thomas Jefferson

Sarah and Joe King are both active in leadership roles in their respective areas of interest. But their passion is family and ranching. 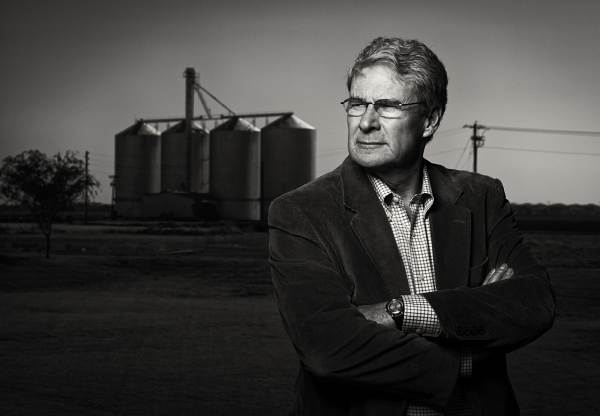 “You never get a second chance to make a first impression.” ~Jim Klinker

A farm boy from Nebraska, Arizona agriculture has been his first career priority for the last 40 years. 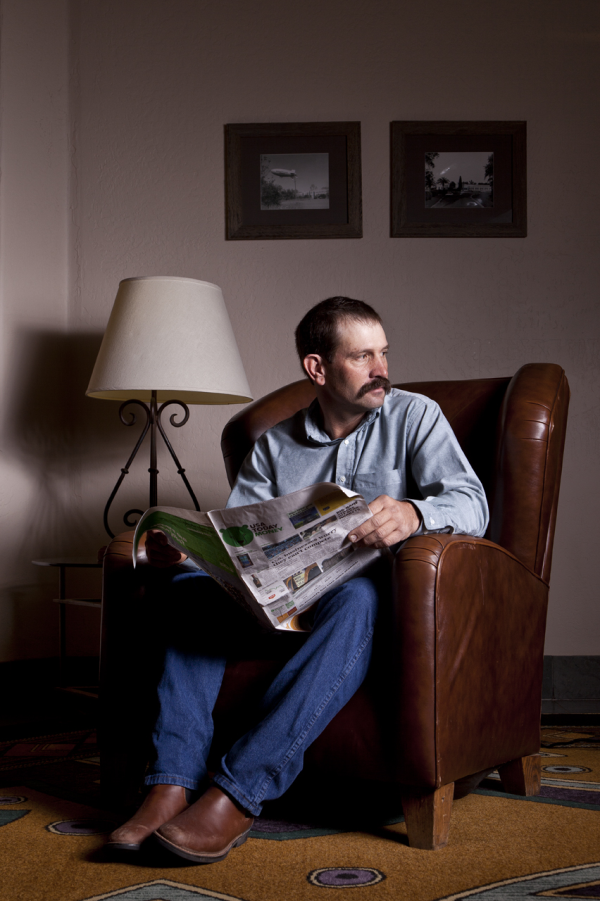 Stephen also comes from a generational farm and ranch family in Arizona. Besides farming, he has a construction company and also does woodworking. 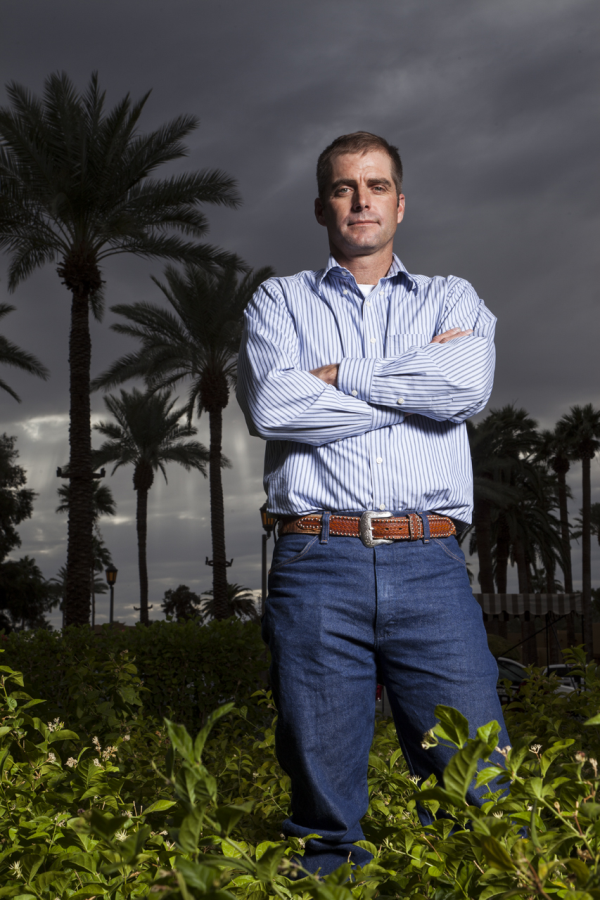 “If a man cheats the land, the land will cheat his belly” ~Unknown

Lance is also in banking. 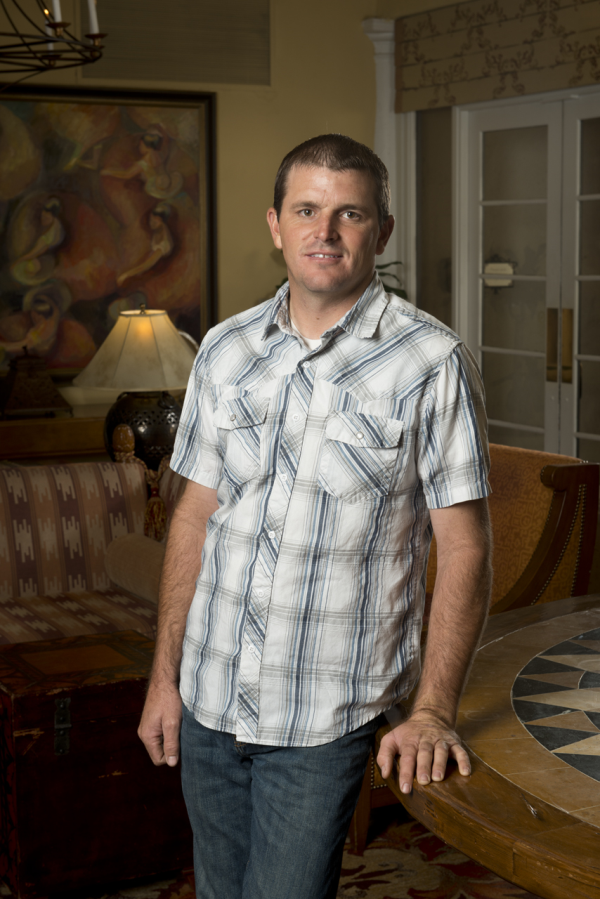 Jay has farming from both sides of his family, mostly cotton and alfalfa. 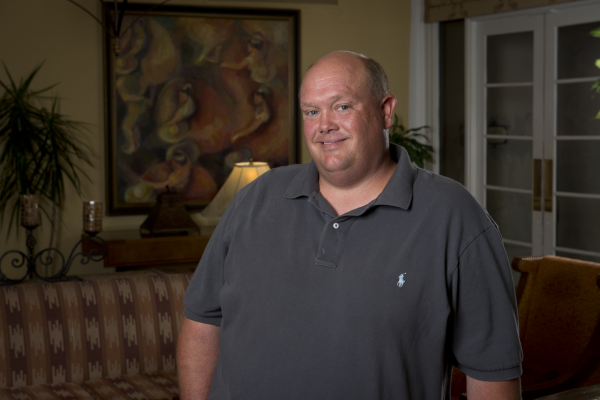 “Our farmers deserve praise, not condemnation; and their efficiency should be cause for gratitude, not something for which they are penalized.” ~President John F. Kennedy

Facing a citrus pest, Mark and his wife, Stacey, worked closely with the USDA and the Arizona Department of Agriculture to battle the bug. In the meantime, the business felt overwhelming at times, but continue to prevail. 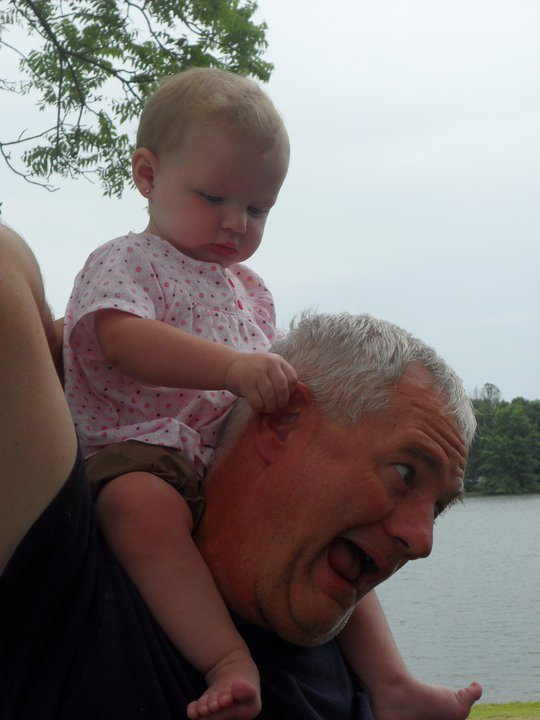 “Cultivators are the most valuable citizens…they are tied to their country.” ~President Thomas Jefferson

Newest board member, David, doesn't have a portrait photo yet. But since Farm Bureau is so family focused we this photo well with all the farm families. 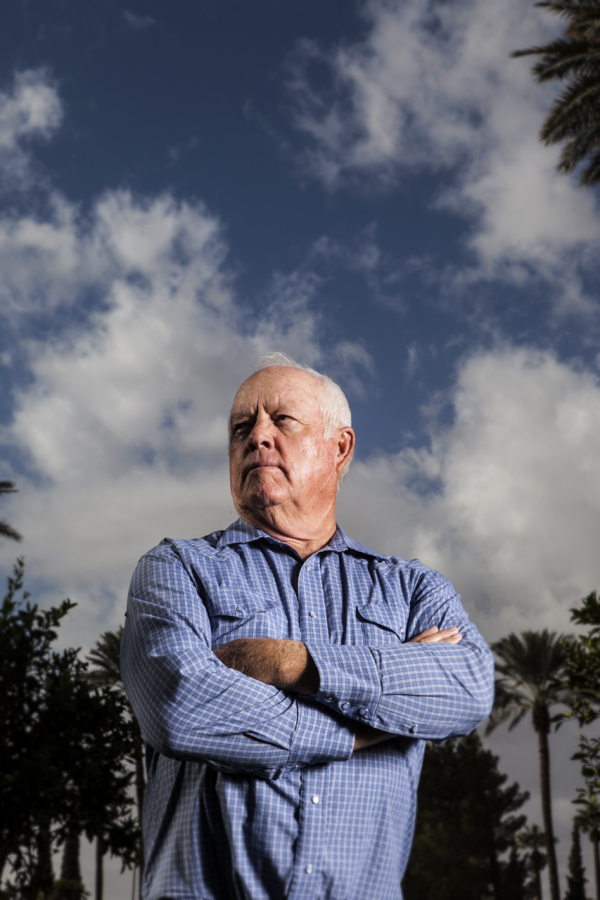 “In no other country do so few people produce so much food, to feed so many, at such reasonable prices.” ~President Dwight D. Eisenhower

Donald is careful not to call himself a "rancher" but farmer that raises cattle on pasture. He and his wife, Linda, are both on the state board and seriously to leadership in the Farm Bureau. 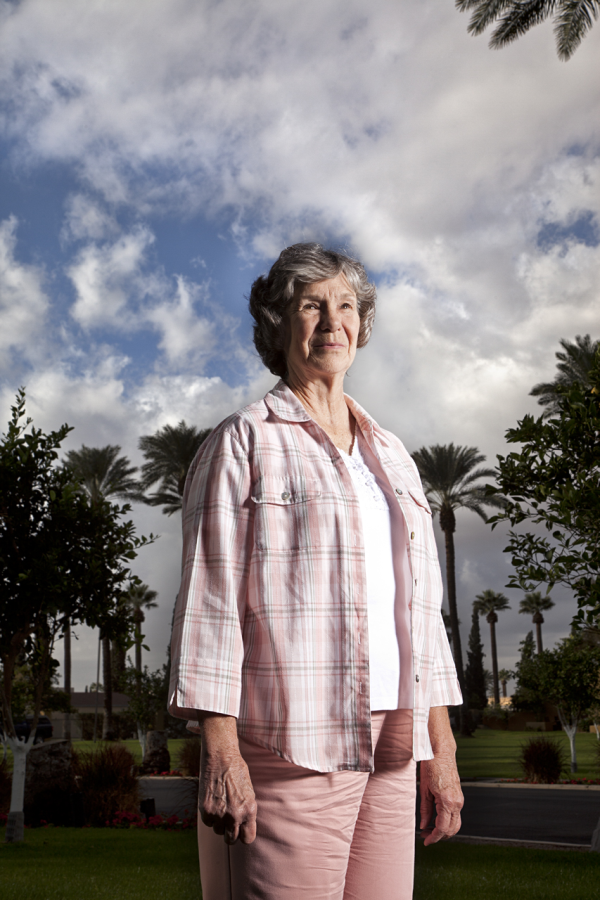 “Farming looks mighty easy when your plow is a pencil, and you’re a thousand miles from the .” ~President Dwight D. Eisenhower

Linda is also a retired teacher. 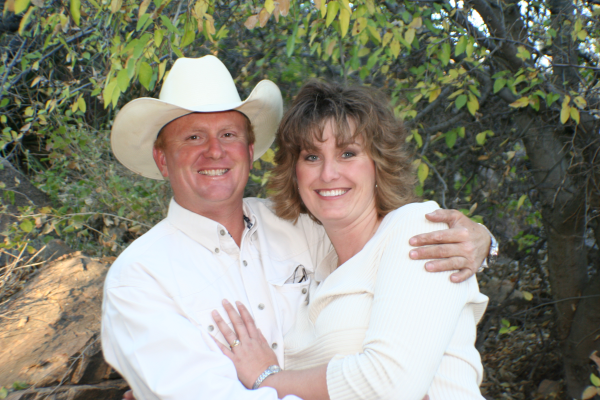 “It will not be doubted that with reference either to or national welfare, agriculture is of primary importance.” ~President George Washington

Besides raising cattle and having a plant , a few years ago Gary and Sharla started Mortimer Family Farms, a direct-market farm operation that is located on the old "Youngs Farm" place. 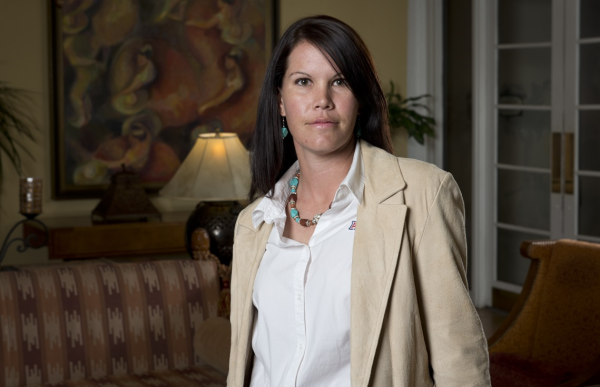 Angie has competed in Young Farmer and Rancher Meets and this January goes to San Diego to compete on the national level. 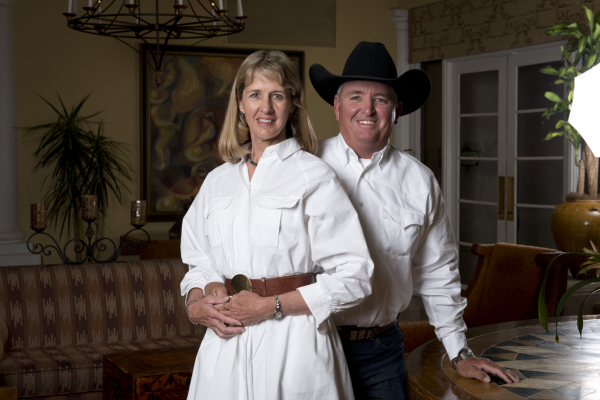 “Agriculture ... is our wisest pursuit, because it contribute most to real wealth, good morals & happiness.” ~Thomas Jefferson

Clay and Sandy Overson own several ranches near Kingman and Wikieup in Mohave and Yavapai Counties. His current operation covers more than 450,000 acres. His commitment to the industry and the environment makes him stay involved in a variety of organizations including Farm Bureau. 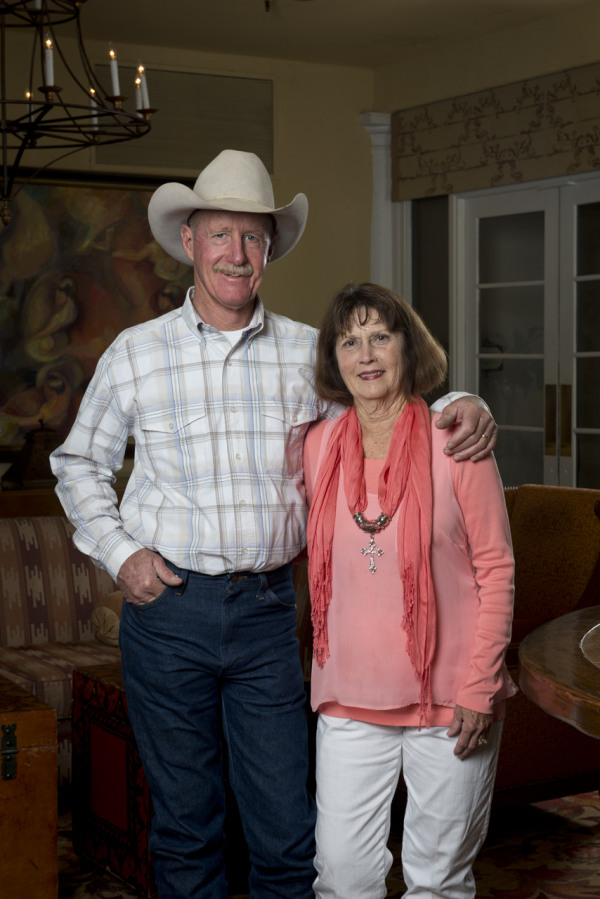 “Always drink upstream from the herd.” ~Will Rogers 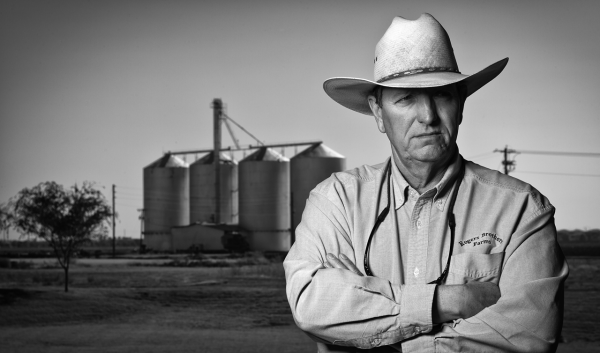 “The farmer is the only man in our economy who buys everything at retail, sells everything at wholesale, and pays the freight both ways.” ~President John F. Kennedy

Between farming, traveling on behalf of Farm Bureau and the Cotton Board, Kevin participates with the family in a variety of activities that have an agriculture tie, including FFA and 4-H. He was interviewed by NBC News this year on the immigration issue. 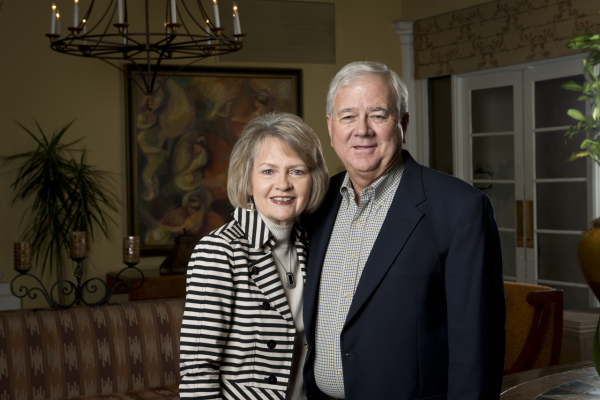 “I love my grandkids and all things family related” ~Sherry Saylor

Sherry and Rick Saylor began in leadership with Farm Bureau when they were in Young Farmers and Ranchers. Sherry is also Vice Chair of the American Farm Bureau Women's Leadership Committee. 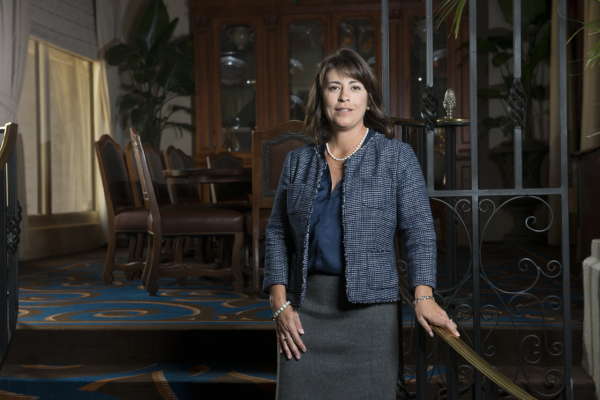 “I have a ranch, which is my favorite place in the world.” ~Salma Hayek

Stefanie and her husband, Andy, are running a ranch that's been in his family for 130 years. Stefanie was interviewed this year by FOX News regarding EPA's overreach under the guise of the Clean Water Act. The also hosted the ranch's 130 Anniversary celebration this year. 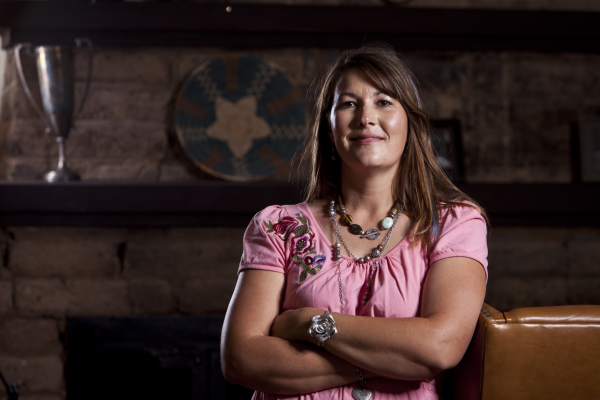 “Cowgirl Courage isn't the lack of fear, but the courage to take action in the face of fear.” ~J.H. Lee

From an Arizona ranch family that's been raising cattle for more than 100 years in this state, Kacie and her husband, Danny, launched Arizona Legacy Beef, a direct-market beef company that features a heritage breed of cattle.

Our 2015 Board of Directors has so many more stories. Hang out with us on azfb.org's "The Voice" Blog and you'll learn more about Arizona's agriculture heritage.