Just before awards were presented, Senator McCain shared with Arizona Farm Bureau's leaders regarding the impact of the recent election, immigration reform and foreign policy. 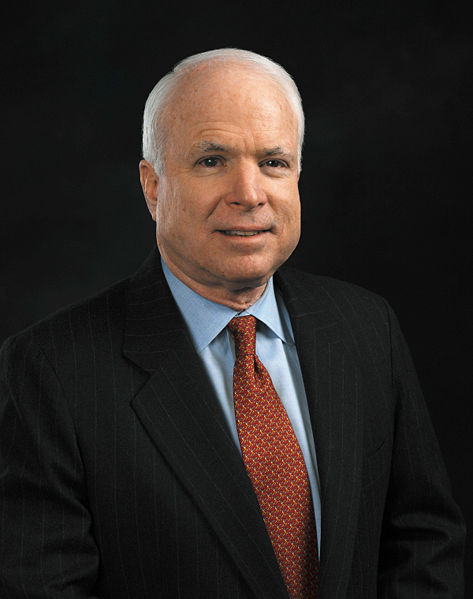 On the heels of the election, McCain discussed briefly the impact of Tuesday's vote and what Republicans hope to accomplish now that they also hold the majority in the U.S. Senate.

On the eve of the election Senator McCain had urged President Obama not to take executive action on immigration and stressed with Farm Bureau leadership last night that he has grave concerns about what might happen as a result of the President indicating that he planned to sign after Tuesday's election an executive action that could give work permits and green cards to millions of people who entered the U.S. illegally.

He noted that Congress can work out an appropriate reform of our system but believes that action by the President to legalize immigrants "until we have properly secured our southern border and provided for effective enforcement of immigration laws" would unduly hurt efforts to effectively resolve the issue.

Senator McCain also shared his concerns about the current direction of the country's foreign policy. A senior member of the Foreign Relations Committee, Senator McCain explained the important role American serves on the global stage.

Arizona Farm Bureau’s 93rd Annual Meeting November 5 through 7 concludes today at the Scottsdale Resort. Delegates discussed and passed major agricultural issues as a delegate body that will now guide the organization’s efforts in 2015.