By Julie Murphree, Arizona Farm Bureau: As all of Arizona agriculture probably knows by now, the FY15 Arizona budget signed by Governor Brewer recently does not include funding for the University of Arizona’s veterinary medical and surgical program to train DVMs for Arizona. Vice Provost and Dean of the College of Agriculture and Life Sciences Shane C. Burgess suggests we not despair as, “We will do this through foundational philanthropic contributions and a new revenue business plan that works without state funding in the context of the university’s budget process.” 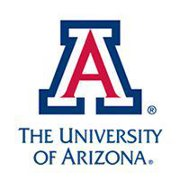 In a letter dated April 20th to various statewide stakeholders, Dean Burgess shared his commitment to the effort. “For almost a decade and a half, I have been listening to many in academic leadership positions within our profession wring their hands about the non-sustainable way we educate veterinarians - costing our economy and almost all of our citizens too much money, competing with private industry and not providing the skills needed in graduates - and then continuing with the status quo.”

He praised U of A’s President Ann Weaver Hart and Provost Andrew Comrie and others at the University, the Arizona Board of Regents, senior legislative leaders and key stakeholders and alumni for the combined efforts at the legislature to try and get funding.

In fact, U of Hart also praised the efforts of the Arizona agriculture community to move the vet school program forward. “While we are very disappointed that the state chose not to support our innovative and revolutionary proposal for a new veterinary medicine degree, we have been thrilled and inspired by the responses we have received from the veterinary medicine profession and accrediting body, from the Arizona agricultural community, and from other constituents in and beyond our state,” Hart recently said.  “These sectors recognize the critical roles that large and agricultural animal science, animal/human disease and health intersections, food security and other critical areas of our economy that require highly educated professionals who understand the biomedical intersection of animals, plants, humans, food and security play in the present and will play in the future.  They also recognize that old forms of education for veterinary professionals in the United States are unnecessarily cumbersome, lengthy and expensive.”

President Hart, Dean and Provost Comrie met to map out a new strategy despite what happened at the legislature.  “After careful consultation with our broader community and with Dean Shane Burgess and Provost Andrew Comrie, I have charged the UA team to go back to the drawing board and reconceptualize our proposal under a new business plan that relies on philanthropy and multiple sources of revenue, including more out of state and international students, yet makes our revolutionary and innovative proposal a reality.”

She added, “We look forward to bringing you a proposal that is funded with alternative sources of revenue and philanthropy, in harmony with the values and principles of the Never Settle Plan.  Bigger Questions; Better Answers; Bear Down.”

“We said we were serious and we are,” said Dean Burgess.