By Julie Murphree, Arizona Farm Bureau: Across the country, consumer confusion is the norm regarding our food as various political groups attempt to force mandatory GMO-labeling. In Arizona, an initiative effort has been launched to convince voters to mandate labeling. Proponents claim a right-to-know. In reality, it’s a right-to-misinform.

Before I dive into this position, let me fully disclose my background. I come from a third-generation Arizona cotton, wheat and alfalfa family farm where since the late 1990s we grew biotech (genetically modified) cotton, commonly known as BT cotton. Dad’s side of the family has farmed in Arizona since just prior to statehood; observing agriculture’s technology transformation. My parents fully understood the science and the benefits of growing cotton that had been modified, hence the reason for moving to an improved seed variety. Later, I and three brothers partnered with mom and dad in farming. We grew biotech cotton until retiring from farming in 2005. 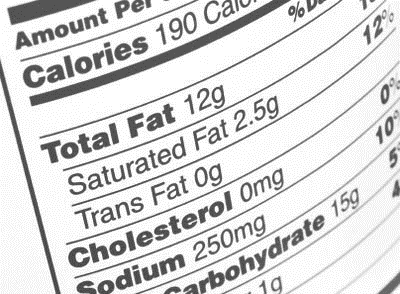 For me, eight issues exist as to why identifying food products with a GMO label is not about right-to-know but about the right-to-misinform.

Putting a government-sanctioned label “warning” that a food contains genetically engineered material implies otherwise. It’s perfectly logical to assume if something is required to be disclosed; there must be an important reason why. There must be a danger.

Remember the premise of right-to-know is that we have an obligation to inform if we could be exposed to at-risk substances. With all the years of testing, all the rigorous vetting of a biotech product before it comes to market, and global studies have not found that a toxic/at-risk environment even exists within the context of GMO products, why do activists groups insist not enough testing has taken place? Creating a sense of an impending hazard through use of a right-to-know law is a disgraceful abuse of people’s fears.

Finally, GMO’s are not considered additives by the Food & Drug Administration. While an end product may be derived from GMO’s, the reality is that it’s a process, not an ingredient.

Smith adds, “This means that the new version of Cheerios that is being made without of genetically engineered varieties will be nutritionally and chemically identical to the previous version. So it will not offer anything new to consumers – other than to give them the option to buy a product that does not support planting more acres to genetically engineered crop varieties.”

To which I say, Cheers to Cheerios! The market drove this; not some crazy mandated regulation.

Perhaps the proponents of right-to-know understand this and know that a mandated labeling market would drive the big companies completely away from any GMO-derived products. It will also push the small companies out of the market.

Right-to-know emerges to make us aware of hazards - which begs the question, are genetically modified substances hazard worthy? Historically, the concept of right-to-know was advanced in the context of workplace and community environmental law: The legal principle that an individual has the right to know the chemicals - any at-risk substances - he or she could potentially be exposed to in their daily living in a workplace or community setting.

And, the notion of right-to-know is embodied in federal law in the United States as well as in various state statutes. Imagine you work for a company that uses some potentially at-risk substances in its manufacturing process. Such toxic substances must be disclosed to you since you’re at risk for exposure in the workplace. On the federal level, the Occupational Safety and Health Administration (OSHA) is the core governmental body overseeing right-to-know laws.

If the concept of right-to-know is based on protecting us from something “toxic” or that puts us “at-risk” then codifying the concept of right-to-know for food products derived from genetically modified crops infers such products are toxic or puts us seriously at risk even while the science and everything else says otherwise (more on this later).  So something is amiss.

On the other hand, if it is true GMO-derived food products are hazard free, even the most innocuously-worded “GMO label” will instill undue concern, at the least deep-seated worry about the foods we’re consuming. No real information is being provided. When my multivitamin label tells me I’m getting 30 mg of Vitamin C and it represents 50% of daily value, that’s information. A label that says “contains ingredients derived from GMO products,” I’m only confused.

I believe the quotes expose an ulterior agenda. If successful, you and I – the food consuming public – could miss out on healthier, abundant and affordable food. To force a market out of fear diminishes the value of the product(s) benefiting from such alarmist tactics.

Whether organic or conventional; small or large, America’s agriculture industry is the best in the world and should be celebrated. Biotech crops serve as another valuable tool in a farmer’s toolkit for not only his farming practices but for you and me.

Pro right-to-know activists are easily and successfully hiding behind the right-to-know legal standard. But it’s a deception that will strangle us in a world of misinformation. The reality is they want to have the right to misinform.